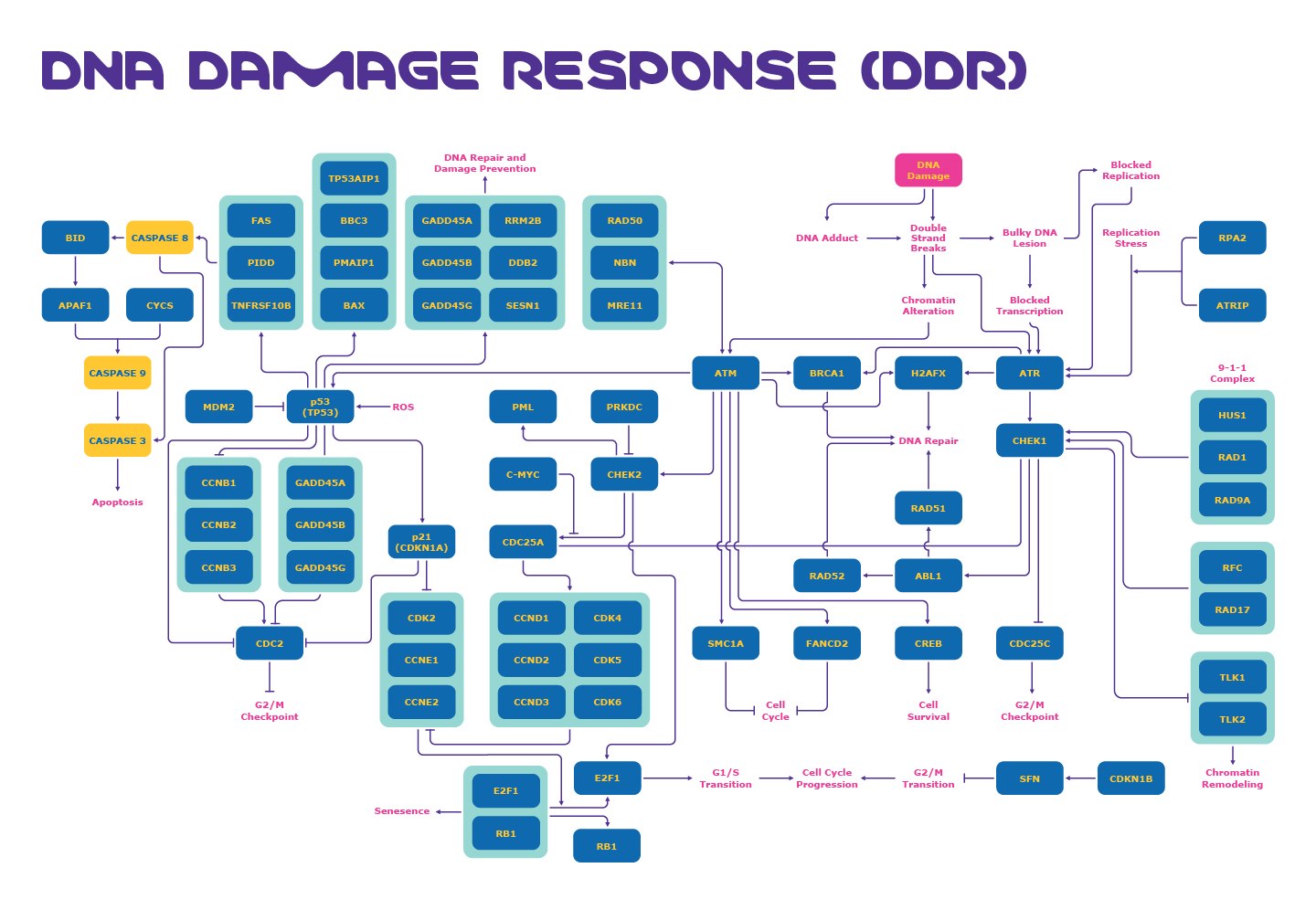 What Is the DNA Damage Response Pathway?

The effects of DNA damage include mutations, apoptosis, and more. This damage can lead to dysregulated cell function and eventually cancer, neurological disease, and premature aging.2

Key proteins associated with these checkpoints in the DDR pathway can be used as targets to gain a deeper understanding of this process and find potential therapeutics. These key targets of DNA damage checkpoints include:

DDR targets play a key role in mechanisms involved in the G1/S, S, and G2/M checkpoints. 3 Specifically, the roles of ATM, ATR, and p53 are popular in research on DNA damage response.

ATM is important in various aspects of DNA damage response (Figure 1). The ATM kinase is activated by DNA double strand breaks which lead to chromatin alteration and trigger the G1 checkpoint through activation of checkpoint kinase 2 (CHEK2). CHEK2 then inhibits CDC25A which prevents it from inhibiting CDK2/Cyclin E and ultimately prevents the cell from moving to S phase. 3 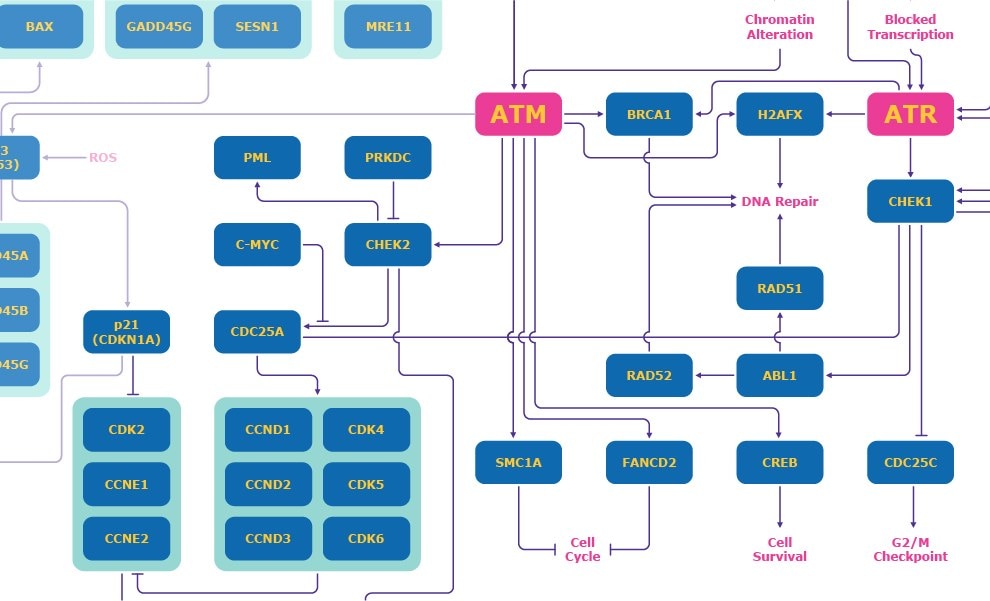 The G1 checkpoint is also dependent on p53. The tumor suppressor protein p53 is known as the “guardian of the genome” and is normally found at low levels due to negative feedback loop interactions with MDM2, an ubiquitin ligase. 4 In response to DNA damage, ATM can induce phosphorylation of p53, which reduces the effect of MDM2 and activates p53. Reactive oxygen species (ROS) also activate p53. This induces p21 (Figure 2) which inhibits CDK2/Cyclin E and prevents movement into the S phase.5

Activated p53 also upregulates the GADD45 complex which has products that influence cell cycle arrest and apoptosis and prevents progression into the S phase. It can also initiate DNA repair. 6 The GADD45 complex can also inhibit CDC2 which results in G2/M phase arrest, preventing entry into mitosis at the G2 checkpoint. 4 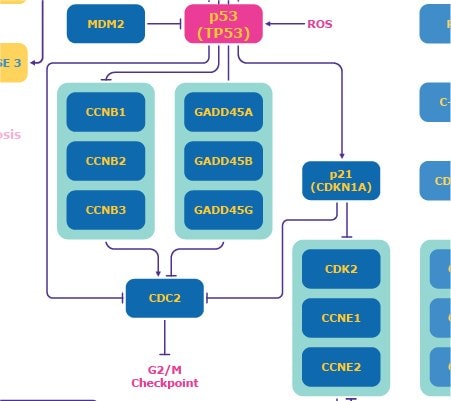 The pathway and information presented on this page are for educational purposes only. Always consult the literature before performing research.