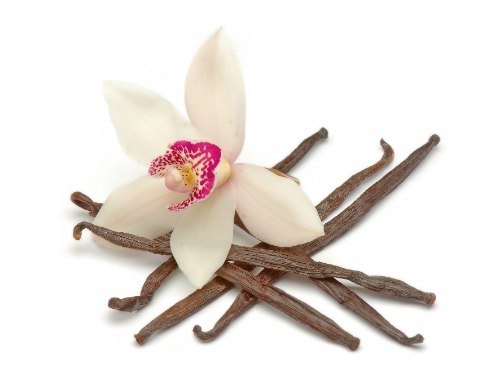 Vanilla is the most popular spice in the world, but also one of the most expensive, with only saffron commanding a higher market price. Global demand for vanilla flavoring, however, far exceeds the global supply of vanilla. To further strain vanilla production, tropical storms and man-made supply constraints have caused the vanilla market to fluctuate in price by as much as 200 times from year to year. High demand, limited availability, and significant market fluctuation all lead to significant quality differences and, unfortunately, encourage some unscrupulous suppliers to conceal poor quality or adulterated vanilla. Concern over inferior vanilla coupled with the high demand and widespread use as a flavoring led the US FDA to develop and adopt several definitions and requirements for vanilla. These requirements―the only specific spice or flavor to have such regulatory requirements―are found in the US federal regulations under 21 CFR 169.

Vanilla varieties recognized by the FDA

There are over 100 known species of vanilla orchids, however, only two sub-species of flat-leaved vanilla are recognized by the US FDA (21 CFR 169.3) as sources for vanilla beans: Vanilla planifolia Andrews and Vanilla tahitensis Moore. Although these varieties are the traditional sources of vanilla, by limiting the definition of vanilla to these two sources, the FDA precludes the use of hybrid or other related species in the marketing of vanilla. The regulation further defines in detail what can be labeled as vanilla extract, concentrated vanilla extract, vanilla flavoring, concentrated vanilla flavoring, and vanilla powder.1 These sections of the federal regulations include requirements on general production processes, overall flavor content and acceptable ingredients, as well as label declaration requirements.

With the comprehensive regulations on vanilla, its high cost, and limits on global vanilla bean supply, how does vanilla maintain its status as the most popular flavor in the world? The answer is simple: most of the vanilla-flavored food available are not flavored with the cured, dried fruit pods of Vanilla planifolia Andrews or Vanilla tahitensis Moore, but rather with vanillin – the primary flavor component of vanilla. In pure vanilla extract, vanillin glucoside is converted to vanillin during the curing process which, combined with the other minor components of vanilla, give the spice its distinctive flavor.

Natural vs. synthetic (artificial) vanillin in the US and EU

Although natural vanillin can be isolated from vanilla extract, the high cost of and value of vanilla extract make this a less attractive route to vanillin. However, many alternate routes to vanillin are well documented, including vanillin derived from spruce tree lignin, corn sugar, rice or wheat bran, clove oil, curcumin or guaiacol. With multiple routes to vanillin, cost, designation and quality are the driving factors in vanillin production. The routes that meet the criteria for natural flavors per the US or EU designations are not as efficient or cost effective as synthetic routes and thus natural vanillin can cost 100 times or more than synthetic vanillin. In order to meet the US regulatory requirement for a natural flavor2, the flavor must be derived from a natural source, such as a spice or extract from a botanical. The EU natural flavor definition3 has a similar raw material requirement, but also requires the flavor be obtained only by physical, microbiological or enzymatic processes. The EU definition does not allow for the use of catalysts (other than enzymes) in preparing a natural flavor.

Vanillin extracted4 directly from cured vanilla beans certainly meets regulatory definitions of natural flavors but is expensive and of limited availability. Fermentation of naturally derived ferulic acid (typically from rice or wheat bran, but can also be isolated from coffee beans, apple seeds or orange seeds) meets both EU and US requirements for natural. Guaiacol is synthetically derived from catechol but can also be isolated naturally from conifers. Where any synthetic raw material is used, the resulting vanillin is always considered synthetic (artificial). Natural guaiacol can be converted to vanillin, but as this requires inorganic catalysts, the EU considers the resulting vanillin as a synthetic flavoring substance. However, even with the use of catalysts, this vanillin meets the US definition of natural as long as it is isolated from a natural starting material. For example, curcumin is natural found in turmeric and can be catalytically converted to vanillin. The resulting vanillin is considered a natural flavor in the US since it is from a natural source, but since a catalyst is required for the conversion, it is a synthetic flavor in the EU.

A common source of synthetic vanillin is lignin, a polymeric byproduct of the wood pulping industry. The processing of conifers, particularly spruce trees, into wood pulp for the paper industry results in significant lignin byproduct. Conversion of lignin to vanillin not only harnesses this waste product, but also yields small amounts of acetovanillone, which gives the resulting vanillin a fuller flavor more reminiscent to that of natural vanilla. This richer flavor coupled with the ready availability of lignin made this the preferred route to synthetic vanillin in the 20th century. However, modern refinements in wood pulping have resulted in less lignin waste, driving up the cost of lignin-derived synthetic vanillin. Consequently, the cheaper route of converting synthetic guaiacol is now the preferred method for manufacturing synthetic vanillin.

Synbio vanillin and labeling as bioengineered or GMO

Recent advances in bioengineering have provided new sources for vanillin, for example, from yeast. This so called ‘synbio’ (for synthetic biology) vanillin offers a new route to an ancient spice. Although synbio vanillin is natural and is considered a natural flavor in the US, recent regulatory trends point towards a more complicated picture. The recently publish USDA National Bioengineered Food Disclosure Standard5 requires that any food containing genetic material from bioengineered organisms be labeled as such. Synbio vanillin would not require labeling as bioengineered per this regulation since it does not contain genetic material, however, since compliance to this regulation is not mandatory until the year 2022, potential changes in legislation could eventually impact the labeling requirements for synbio vanillin.

In the EU, synbio vanillin is also considered natural, but GMO labeling of synbio-derived flavors is complicated and evolving. EU regulations require that food produced from genetically modified organisms (GMOs) be labeled as such.6 “Knock-out” methods where genes are suppressed rather than substituted are generally exempt from GMO labeling requirements, however, a recent decision by the Court of Justice of the EU (CJEU)7 determined that modern genetic breeding methods including knock-out technology is GMO and must be labeled. Furthermore, in the EU, food (including flavors) derived from GMO must be labeled as genetically modified in addition to foods containing actual GM genetic material.

It is likely this EU court finding will be challenged and just as likely that new technologies will provide new routes to this wonderful flavor—vanilla. Since vanilla is such a popular flavor, other new technologies and sources of raw materials are likely to be evaluated and each new route will need to be reviewed for proper labeling and designation.