In May 2014, the International Organization for Standardization (ISO) published the revised EN ISO 11133, which is now a full standard and as such, mandatory for all accredited laboratories that perform microbiological testing of food, animal feed or water using culture media. It has been completely restructured, clarifying procedures and drawing a clear line between the responsibilities of the laboratories and the manufacturers and suppliers of culture media. The ultimate aim of the standard is to further improve the safety of the food and beverage products we consume.

The one-part EN ISO 11133:2014, titled “Microbiology of food, animal feed and water – preparation, production, storage and performance testing of culture media”, was compiled by a joint ISO working group from food and water standardization. It applies to culture media intended for the microbiological analysis of food for human consumption, animal feed and samples from the manufacturing environment of such products, as well as all kinds of water for consumption or use in food production. It covers all culture media formats, ranging from dehydrated and ready-to-use media for classical microbiological methods, to media for alternative testing techniques.

All European Union (EU) countries are adopting EN ISO 11133:2014 and the standard is currently published in all major European languages. The standard is highly recognized by all accreditation bodies worldwide, especially because it is now being published as a full EN ISO standard.

A guiding principle was that performance testing conditions should resemble the intended sample testing conditions as closely as possible, leading to more accurate and meaningful results. As a consequence, culture media for quantitative testing must now be tested quantitatively, and those used in conjunction with membrane filters must be tested in combination with these filters.

Another objective was to specify the requirements in more detail and describe the practical aspects. Step-by-step instructions, complemented by flow charts, are provided for performing and evaluating performance tests.

The standard contains comprehensive tables for the specifications for most culture media, not only for food, but now for water microbiology as well. In addition to the medium’s target microorganism and the relevant ISO standard, these tables show each function to be tested (productivity, selectivity, specificity), the appropriate control strains for these functions, including their World Data Centre for Microorganisms (WDCM) numbers, as well as the test criteria and/or characteristic reactions and other practical information (Table 1).

EN ISO 11133 now also contains hands-on, detailed instructions for the maintenance of microbial strains, as well as the preparation and standardization of working cultures and inoculation suspensions. The standard specifies the optimal number of colony-forming units (cfu) per plate or membrane filter and describes how productivity ratios and limits are determined.

An ever-increasing number of laboratories source their culture media from suppliers to simplify their workflows and ensure high quality and batch-to-batch consistency of the media they use. EN ISO 11133:2014 takes account of this development by stipulating requirements — not only for laboratories that prepare their media in-house, but also for manufacturers. With a clear line drawn between the quality assurance responsibilities of users and suppliers, lab managers can now reliably assess which duties and responsibilities no longer apply when they decide to procure culture media.

For labs that produce their own culture media, it is usually sufficient to test each batch with a single test strain named in the standard, whereas manufacturers are expected to perform tests using several microorganisms. However, ready-to-use media allow laboratories to rely on the performance tests that the manufacturer conducts, as long as the transport conditions are observed and the manufacturer’s QC test is performed according to the requirements of EN ISO 11133. The end user needs to make sure that testing was performed according to the requirements of the standard. A supporting document that the manufacturer provides to the end user is the quality control certificate. It discloses the test organisms used, the acceptance criteria of the performance tests and the test results. An example of such a certificate is shown in Figure 1. It also states the WDCM numbers of the test organisms. We have updated a majority of the quality control certificates of its range of culture media for food and water microbiology for compliance with the requirements of EN ISO 11133:2014.

For all EN ISO 11133:2014-compliant culture media they provide, suppliers need to conduct rigorous qualitative and/or quantitative testing. Below are examples of the information we have provided for its liquid and solid selective and non-selective culture media.

Figure 2 shows the results of qualitative tests performed for five batches of our Buffered Peptone Water (BPW) to be used for microbial food and water testing. The EN ISO 11133 testing criterion for BPW, a non-selective culture medium used for the pre-enrichment of Salmonella, is turbidity. It must be either weak (1) or good (2). For all five batches, good turbidity (2) was observed.

Table 3 shows the test results performed for five batches of our Fraser broth, which is used for the selective enrichment of Listeria monocytogenes. The EN ISO 11133 criterion is the growth of more than ten colonies on Listeria selective agar, according to Ottaviani and Agosti. Only Listeria monocytogenes shall be able to grow on this agar as characteristic blue-green colonies with opaque halos when a mixed culture inoculum of L. monocytogenes, Escherichia coli and Enterococcus faecalis is subcultured from the Fraser broth under test. The E. coli and E. faecalisstrains are included in the tests to prove the selective properties of the medium. This criterion was met for all five tested batches.

Figure 3 displays the results of quantitative productivity testing of two our solid agar media: selective MRS (de Man, Rogosa, Sharpe) agar for enumeration of lactic acid bacteria, and the non-selective PCA (Plate Count Agar) for colony count. The test criterion of the new EN ISO 11133, for both PCA and MRS agar, is recovery rates of 70% or more for every test organism. The results show that the five batch samples of each culture media achieved the required performance for all test microorganisms. As the reference medium for MRS, a previously validated batch of MRS was used, and tryptic soy agar (TSA) was used for PCA, as specified in EN ISO 11133:2014. 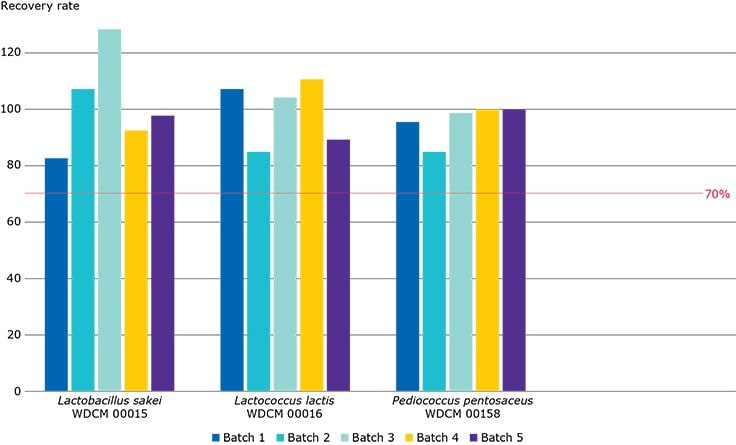 Figure 3.Quantitative productivity testing results of a non-selective (PCA) and a selective (MRS) medium for enumeration.

The revised one-part EN ISO 11133, which replaces ISO/TS 11133-1 and-2, can be purchased in English from iso.org and in other languages such as German, French or Spanish from the respective national standardization bodies.

We provide information and advice to our customers on application technologies and regulatory matters to the best of our knowledge and ability, but without obligation or liability. Existing laws and regulations are to be observed in all cases by our customers. This also applies in respect to any rights of third parties. Our information and advice do not relieve our customers of their own responsibility for checking the suitability of our products for the envisaged purpose.