New Certified Reference Materials for α‑Lactalbumin, β‑Lactoglobulin A & B, and Lactoferrin

We have developed Certified Reference Materials (CRMs) of fully intact milk proteins that allow accurate testing of the most critical proteins in infant formula; help labs to develop and test infant formula products with high accuracy, while ensuring legal and regulatory compliance; and support food and beverage manufacturers implement and routinely perform quality assurance and quality control programs with accuracy and confidence.

Mother’s milk is the best source of nutrition for nearly all infants. Beyond somatic growth, breast milk as a biologic fluid has a variety of other benefits, including modulation of postnatal intestinal function, immune ontogeny, and brain development. Although breastfeeding is highly recommended, it may not always be possible, suitable or solely adequate. In China for example, less than 30% of infants younger than 6 months are exclusively breastfed.1

The 2008 milk scandal was a widespread food safety incident in China. The scandal involved milk and infant formula along with other food materials and components being adulterated with melamine to give the appearance of higher protein content. Of an estimated 300,000 victims in China, six babies died and an estimated 54,000 babies were hospitalized. In a separate incident four years prior, watered-down milk had resulted in 12 infant deaths from malnutrition.

The World Health Organization referred to these incidents as one of the largest food safety events ever encountered. After this series of scandals involving contaminated milk and added pressure from the One Child Policy, Chinese parents lost confidence in domestically manufactured infant formula. Beginning January 1, 2018, the infant formula registration requirements in the new Food Safety Law came fully into force. Therefore, all infant formula products must obtain formula registration with CFDA before they can be sold in China.2

Since 2008, regulation of the global infant formula industry has undergone constant reform and great progress has been made in infant formula testing methods. Industry methods have been moving from immunoassay testing to LC-MS/MS for greater accuracy and sensitivity.

To help provide children around the world with safe and nutrient-rich infant formula, as well as support new regulations, we have developed Certified Reference Materials (CRMs) of fully intact milk proteins. These CRMs allow accurate testing of the most critical proteins in infant formula through development and routine calibration of LC-MS/MS methods to ensure quality of infant formula products with high accuracy and confidence, while ensuring legal and regulatory compliance.

Infant formula is an industrially produced milk substitute designed for infant consumption that attempts to mimic the nutritional composition of breast milk as closely as possible, and is usually based on cow’s milk or soy milk. Human and bovine milk differ substantially in the ratio of whey to casein protein, with whey protein content in human milk being significantly higher. Because of the differences in the protein profiles of human milk and infant formula, amino acid profiles also differ. An important goal in the improvement of infant formulas is to more closely match the total protein content and the protein profile of human milk.

Milk whey protein represents a rich mixture of proteins with wide ranging nutritional, biological and food functional attributes. The main constituents are α-lactalbumin, β-lactoglobulin, and lactoferrin, which account for approximately 70–80% of total whey protein. These three proteins are of high nutritional value, which have made them ingredients of choice in the formulation of modern foods and beverages. They have physiological activity through moderating gut microflora, mineral absorption, and immune function. Figure 1. α-Lactalbuminα-Lactalbumin is an important whey protein that regulates the production of lactose in milk and is present in the milk of almost all mammalian species. 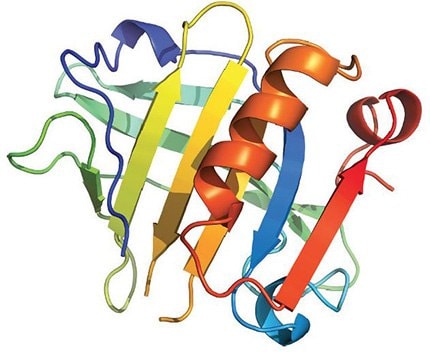 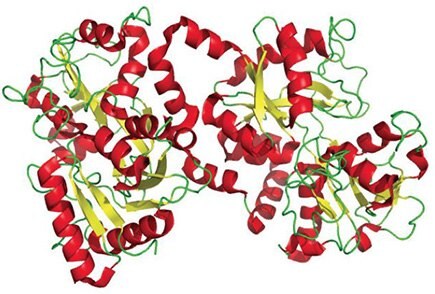 Figure 3. Lactoferrin —Lactoferrin, also known as lactotransferrin, is a glycoprotein widely represented in various secretory fluids including milk. Lactoferrin is part of the immune system and has antimicrobial activity.

Although current infant formulas closely mimic the ratio of total whey to casein in human milk, the concentration of α-lactalbumin, the dominant protein in human milk, is relatively low in formula, whereas β-lactoglobulin, a protein not found in human milk which can cause severe allergic effects, is the most dominant whey protein in formula. Lactoferrin is a multifunctional and biologically active iron-binding glycoprotein existing in both human and bovine milk. Its physiological functions act as an antimicrobial/antiviral, immunomodulatory agent, and antioxidant. Oral administration of lactoferrin can benefit both infants and adults.3