HomeClinical and Forensic TestingDetermination of CBD, 7-hydroxy, and 7-carboxy metabolites in human plasma

Determination of CBD, 7-hydroxy, and 7-carboxy metabolites in human plasma

The use of cannabis derived products has been growing in the USA and in other countries as interest in medical uses of cannabis continues. While the main psychoactive component of cannabis, THC, is seeing the greatest potential for use in treatment of medical conditions there is also interest in use of other cannabinoids, particularly cannabidiol (CBD)(1). CBD has received much attention for use in treating conditions such as Lennox-Gastaut, and Dravet syndrome. A tremendous amount of growth has been observed in the production of hemp, or low THC cannabis, for this purpose. Although only one product has received FDA approval for medical use (Epidiolex, Greenwich Biosciences) there is great interest amongst the public in CBD and related cannabinoids for a host of conditions.

For medicinal use, there are number of studies examining CBD efficacy, toxicity, metabolism, and clearance(2-4) in addition to clinical trials examining possible medical uses(5). To facilitate these types of studies, methods have been developed and validated (6-7) to provide quantitative data on concentration of CBD in human plasma samples. The method described here, utilizes LC-MS/MS to cover a concentration range of 0.5 to 500 ng/mL using a 20 µL sample volume of plasma. The validation study includes measures of accuracy and precision, stock and working solution stability, matrix effects, recovery, dilution integrity, and effects of hemolysis and lipemia.

BioAgilytix San Diego is a bioanalytical CRO that has collaborated with MilliporeSigma in identifying solutions to their analytical workflows. BioAgilytix brings expertise to a variety of bioanalytical services that includes small and large molecule analysis, method development and validation, DMPK assays, biomarker assays, and more. 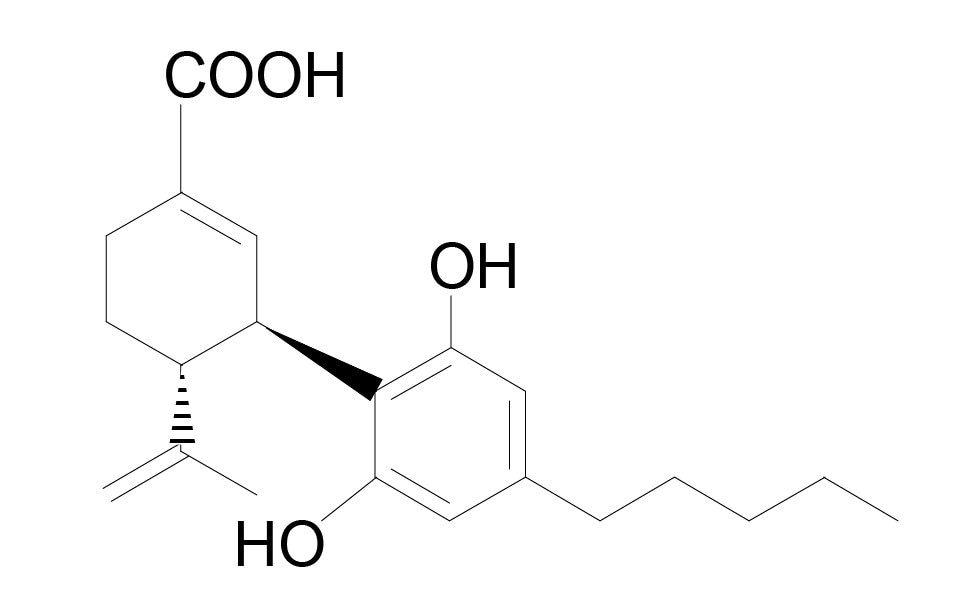 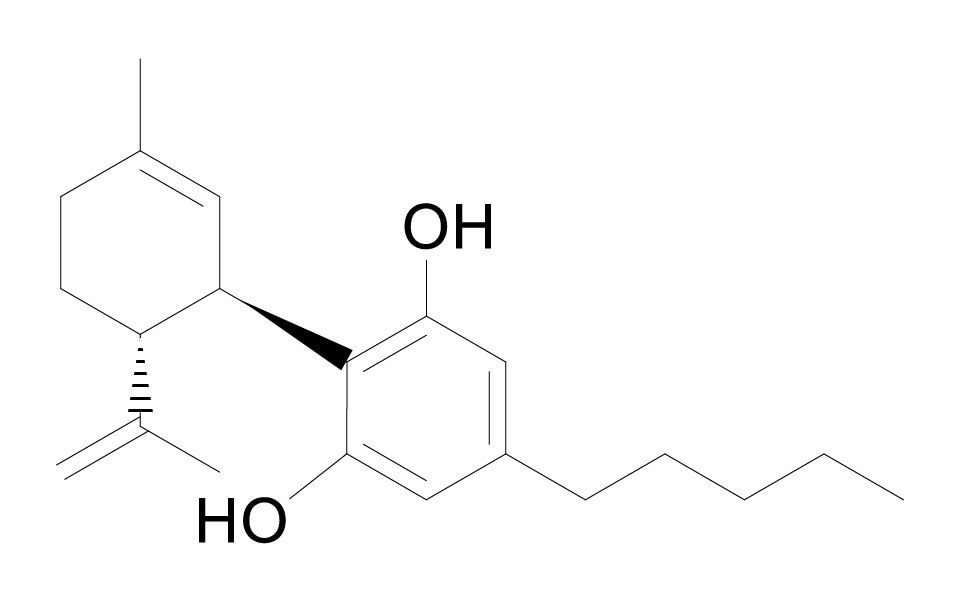 Figure 1. Chemical structures of compounds used in the study

Method validation was carried out as per guidelines provided in the FDA Bioanalytical Method Validation Guidance for Industry(8) and other standard industry practice.

A complete list of reagents and standards is found at the end of this application note.

To prepare hemolyzed samples: centrifuge blood and discard the plasma. Dilute RBCs in 1:1 with deionized water. Freeze and then thaw before adding to plasma at 4% (yields 2% lysed red blood in plasma).

A method was developed and validated for determination of CBD in human plasma using LC-MS/MS across the range of 0.5 to 500 ng/mL. The method uses 20 µL of plasma which is diluted with buffer and then extracted with organic solvent. After evaporating off the solvent the sample is reconstituted and submitted for analysis.

The column, mobile phases and gradient developed provide separation of the 7-hydroxy and 7-carboxy CBD metabolites from CBD itself, as shown in Figure 2. This ensures that CBD quantitation in patient samples will not suffer from interferences of these metabolites. 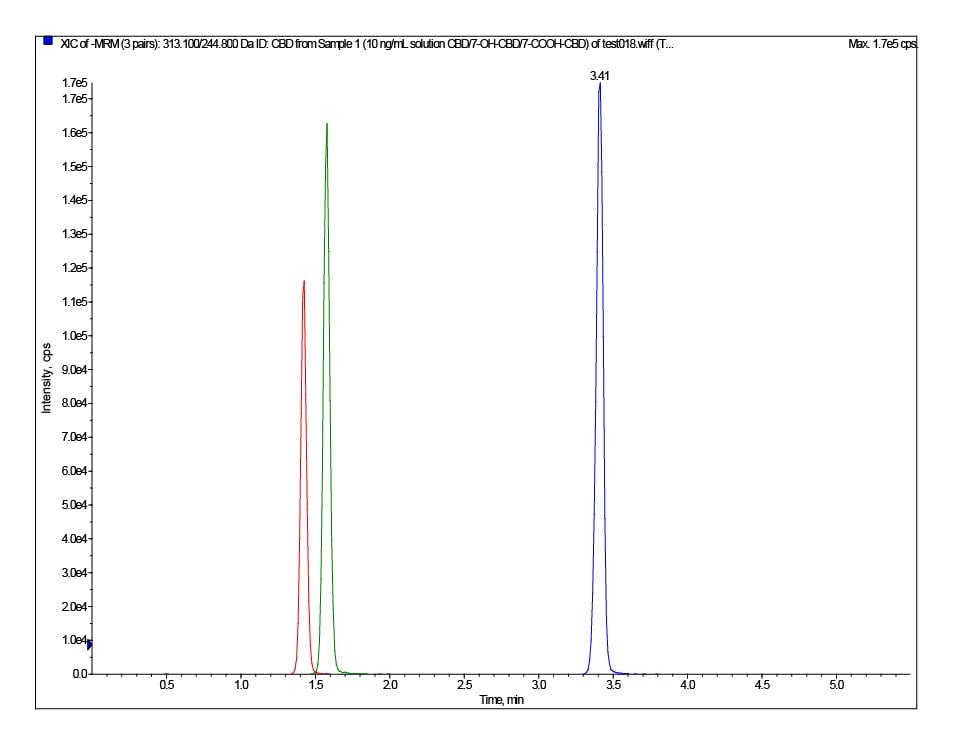 Validation was performed over the course of five analytical runs to generate accuracy and precision statistics. Calibration standards were prepared according to the scheme shown in Table 4 and a linear 1/x2 weighted regression used. Correlation coefficients over five validation batches were all 0.996 or higher. 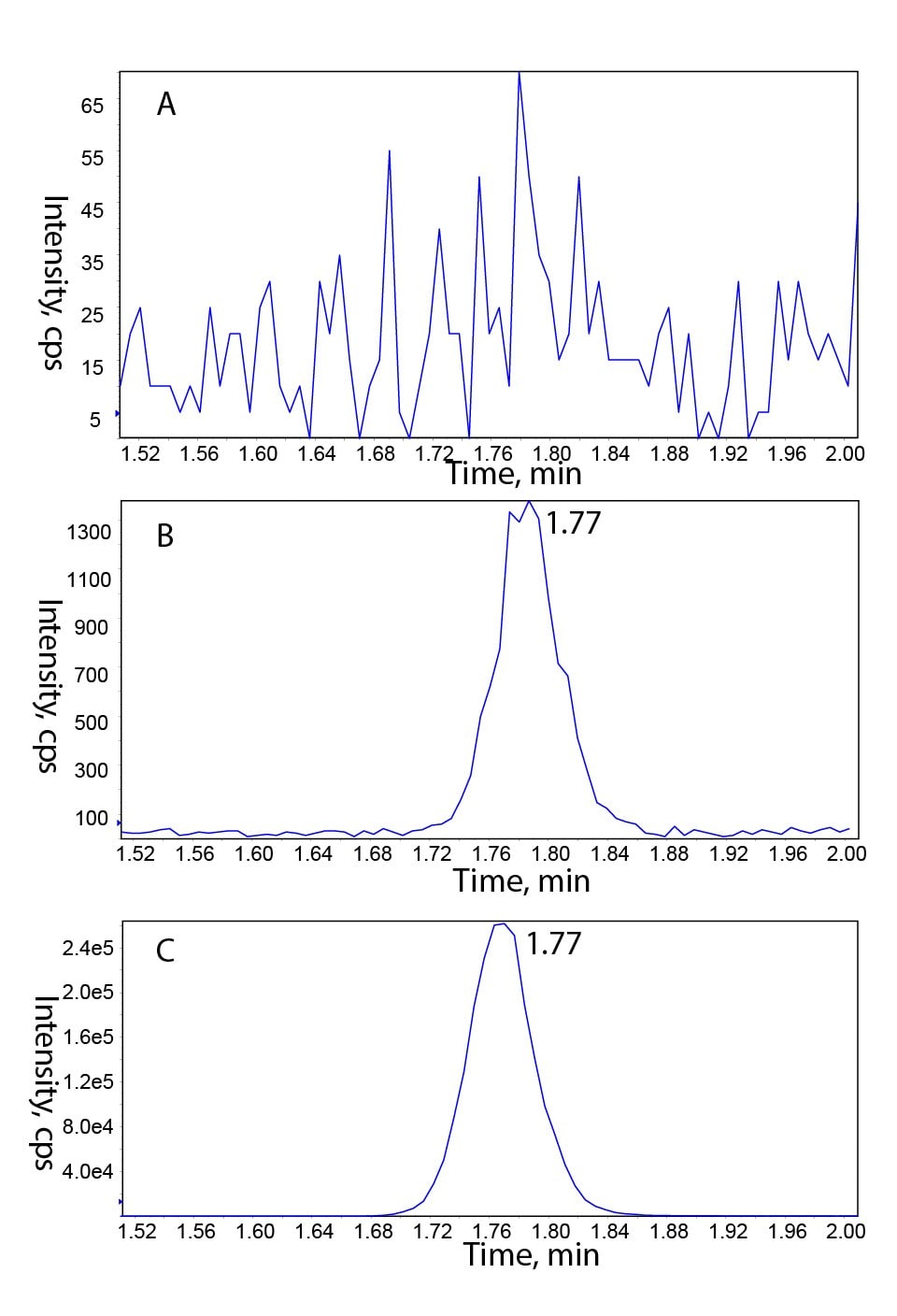 Figure 4. Chromatograms showing CBD transition in blank (A), at lower limit of quantitation (B) and representative peak for internal standard transition (C).

QC samples were prepared at four different concentrations of 0.5, 1.5, 150, and 400 ng/mL and evaluated for precision and accuracy across each of the five analytical runs in replicates of six per run. The mean, percent deviation from theoretical, along with % coefficient of variation, are shown in the following table.

In addition, other studies were performed to evaluate reinjection stability, storage stability of stock and working solutions, freeze/thaw, benchtop, and cold storage stability of samples, as well as the effects of lipemia and hemolysis on CBD quantitation. The results of these tests passed bioanalytical acceptance criteria with reinjection stability shown valid for up to 78 hours at 10° C storage; stock and working solutions were stable for up to 30 days at -20° C and up to six hours at room temperature; freeze/thaw stability was shown adequate through 4 cycles; QC samples can be stored for up to 24 hours at RT, and up to 29 days at -20° C or colder.

Both hemolysis and lipemic conditions were evaluated for potential influence on quantitation and in both cases shown to create a slightly negative bias but within 15% of expected concentrations. An examination of six different lots of human plasma indicated that significant interferences do not occur at the retention time and transition of CBD, or d3-CBD, and therefore would not influence CBD concentrations at the LLOQ.

The matrix effect experiment conducted with the same set of 6 plasma lots indicated an average of 12% suppression. Carryover studies indicated that in each of six replicates peak area was less than 20% of the lowest low calibration standard and less than 5% of the lowest internal standard peak area. These determinations were made after injection of the high calibration standard.

The extraction recovery was determined to be 75% or higher across the three QC sample concentrations. The dilution QC samples, prepared at both 20,000 and 200,000 ng/mL, were prepared with 10X dilution, and a 100X serial dilution (2 x 10X), respectively. In both cases, concentrations were found within 6% of theoretical and with CV of less than 5%.

A method has been validated for the determination of cannabidiol (CBD) in human plasma. The method passed all acceptance criteria including accuracy and precision, linearity, lipemic and hemolyzed matrix effects, both benchtop and autosampler stability studies, as well as storage stability, recovery, and carryover. The method has a relatively short run time and two major metabolites of CBD have been shown not to interfere with CBD quantitation due to earlier elution.