Our sterility media and rinsing fluids are a critical component of your Steritest® solution. They provide the highest level of quality and testing confidence. They have been formulated and tested to meet the requirements of the USP <71>, EU Pharmacopoeia < 2.6.1> and JP Pharmacopoeia <4.06>. Steritest® sterility media and rinse solutions are manufactured in an ISO 9001, environmentally controlled production center. Each lot undergoes a stringent quality control (QC) procedure, including pH, sterility and growth promotion tests according to USP, EP and JP methods. Our manufacturing approach ensures the highest level of clarity for our media and rinsing fluids, therefore improving accuracy and significantly reducing the risk of incorrect interpretation and false results. Soybean-Casein Digest Medium (Trypticase Soy Broth, TSB) is suitable for the culture of both fungi and aerobic bacteria. This medium is used for sterility testing by membrane filtration or by direct inoculation. It is also used as pre-enrichment broth for nonsterile products. Compliant to the USP, EP and JP.

Fluid Thioglycollate Medium (FTM) is primarily intended for the detection of anaerobic bacteria. However, it also enables aerobic bacterial detection. This medium is used for sterility testing by membrane filtration or direct inoculation as described in the USP, EP and JP.

Clear Thioglycollate Medium has the same growth promotion properties as the standard FTM and is compliant to the USP, EP and JP. This alternative formulation brings extra visual clarity versus the FTM which has a slight turbidity or haze due to presence of agar. A high visual clarity medium is preferred by many users, when compared with the slightly turbid appearance of FTM. 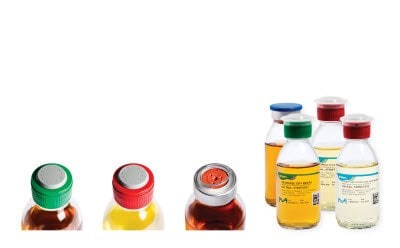 Fluid A is suitable as a general rinse buffer, and compatible with most samples. Excellent for dissolving or diluting samples, reconstituting commercial microorganisms, or as a transport medium for microorganisms.

Fluid D is suitable for testing samples that contain lecithin or oil, and compatible with most antibiotics. Excellent for rinsing sterile pathways of devices, and typically used for rinse method testing of medical devices.

Fluid K is suitable for testing samples that contain petrolatum, oils, or oily solutions. Excellent for rinsing pathways of medical devices, and for samples that are “difficult” to filter or dissolve. 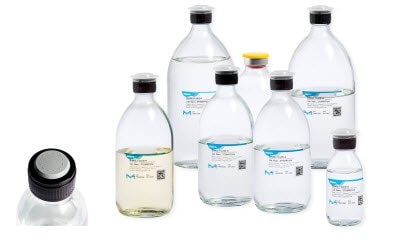 Sterile Isopropyl myristate (IPM) is suitable for improving dissolution of viscous products, ointments and creams prior to membrane filtration 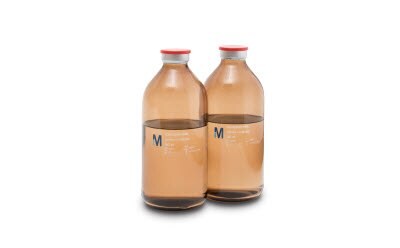 The sterilized double Tyvek® packaging helps to minimize the risk of cross-contamination in laminar flow hoods and to secure an efficient decontamination of isolator chambers. These products are supplied as 100 mL screw cap bottles, screw cap with septum closure.

The sterilization efficiency of the packaging, including the space between the protective cap and the septum, is verified on each batch with biological indicators. 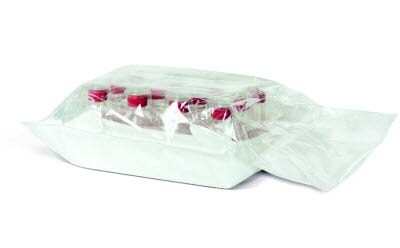 If none of the above products are appropriate for your application, we also offer tailor-made products. Indeed, with our multipurpose filling lines, we are able to produce a wide range of customized products and volume sizes, as well as a large choice of bottle closures.

All sterility media and rinse solutions are validated and packaged in convenient test volumes, with aseptically designed septum closures (screw caps or flip caps) for ease of operation, thus fulfilling all of your sterility and bioburden testing needs.

Fluids A, D, and K can be used in combination with the Steritest® sterility testing system or for bioburden testing to rinse membranes and dilute or dissolve samples. Detailed certificates of quality are available to download from our website.

Sterile Isopropyl myristate (IPM) can be used in combination with the green Steritest® canister.

"The use of double packed Steritest® culture broths TSB and FTM for sterility testing is a great improvement in terms of sterility assurance, standardization and cost saving:

Discover our full sterility testing portfolio based on over 45 years of experience and expertise.

Discuss about your sterility testing needs with our experts, they will come with a suitable solution.