A Bacteria on the Rise, Profiting from Today’s Trends in Food Product Types

Listeriosis is a serious infection caused by Listeria monocytogenes. In recent years, it has been recognized that Listeria is an important public health problem. The disease affects primarily people of advanced age, pregnant women, newborns, and adults with weakened immune systems.

Listeriosis manifests in flu-like symptoms, fever, muscle aches, and sometimes gastrointestinal symptoms such as nausea or diarrhea. If infection spreads to the nervous system, symptoms such as headache, stiff neck, confusion, loss of balance, or convulsions can occur. A severe bout of the disease may lead to blood poisoning, encephalitis and meningitis.

Infected pregnant women may experience only a mild, flu-like illness but this can lead to miscarriage or stillbirth, premature delivery or infection of the newborn.

A lot of research was done in recent years concerning the mechanism which this pathogen is using to invade the host, and was found that L. monocytogenes is replicated rapidly in the cytosol of host cells like macrophages and lymphocytes (4).

Why Have Listeria Infections Increased Recently?

Today’s major problem is a change in food consumption patterns and the increased demand for longer shelf life. An increasing variety of food products and the trend for “ready-to-eat” and “ready-to-cook” products are some of the reasons for such problems, as well as longer storage at cool temperatures (4–8 °C). Preparation technologies, like “Cook Chill”, “sous-vide”, and other new processes to extend shelf life have led to increasing problems with Listeria.

The Nature of Listeria Monocytogenes

Listeria monocytogenes is a Gram-positive, non-spore forming, rod-shaped flagellate (Figure 2). It is an ubiquitous organism, it exists in plants, soil and the guts of birds, fish, shellfish and some mammals, including humans. Some studies suggest that 1-10% of humans may be intestinal carriers of L. monocytogenes. Special risk materials are raw or processed meat, raw milk products, raw or smoked fish, ready prepared salad and long stored vacuum packed food. 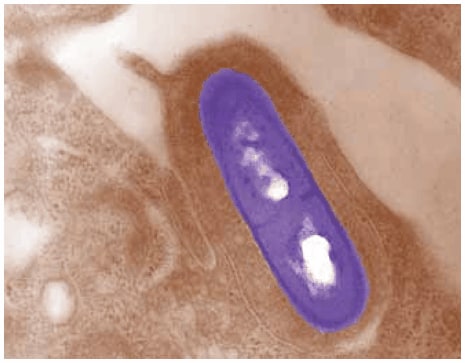 Figure 2.Electron micrograph of a Listeria monocytogenes bacterium in tissue.

Listeria monocytogenes is the infectious agent responsible for the foodborne illness Listeriosis. In the United States, an estimated 2,500 persons become seriously ill with listeriosis each year. Of these, 500 die. (source: Dr. Balasubr Swaminathan; Peggy Hayes; CDC - Division of Bacterial and Mycotic Diseases: Listeriosis, 2002)

Listeria species are killed by heating steps, but the bacterium is relatively insensitive to high concentration of salts and acids. It also is able to multiply at fridge temperatures and inside vacuum packaging.

Further differentiation of Listeria ssp., particularly L. monocytogenes, using phenotypic properties is possible with additional biochemical test. All of them start with the ß-hemolysis test (L. monocytogenes is positive) followed then by detection of carbohydrate fermentation ability. One possibility is to test positive for rhamnose and methyl α-D-mannopyranoside fermentation and a positive CAMP-test. In the CAMP-test some Listeria species shows the ability to enhance the haemolysis of Staphylococcus aureus. More details about this first method can be found online on the Rhamnose Broth data sheet. Another possibility for phenotype identification is the testing of the fermentation ability of rhamnose, xylose and mannitol (see identification flow chart Figure 7).

There is more information about the detection systems of the chromogenic and other confirmation media in table 2c. To give the media selectivity, phenyl ethanol and a high concentration of lithium chloride and sodium chloride are added to the media. As well as antibiotics like moxolactam, nalidixic acid, polymyxin B sulphate, ceftazidime, amphotericin B, acriflavine, cycloheximide, colistin sulphate, cefotetan and fosfomycin are taken to inhibit growth of fungi, Gram-negative and Gram-positive bacteria. 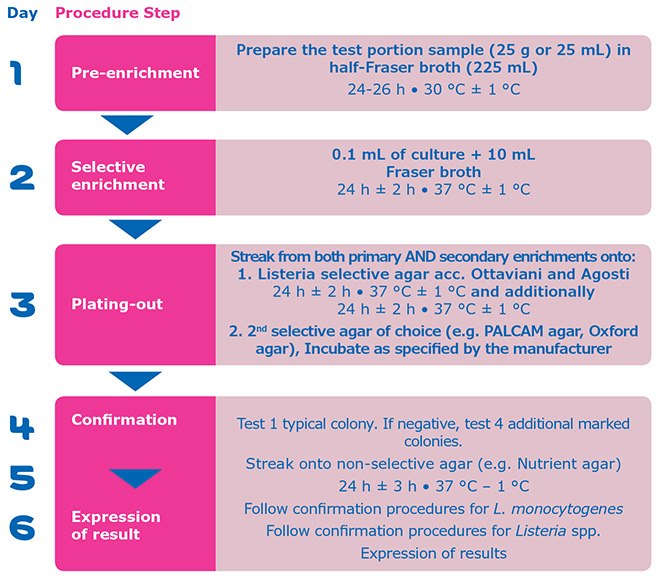 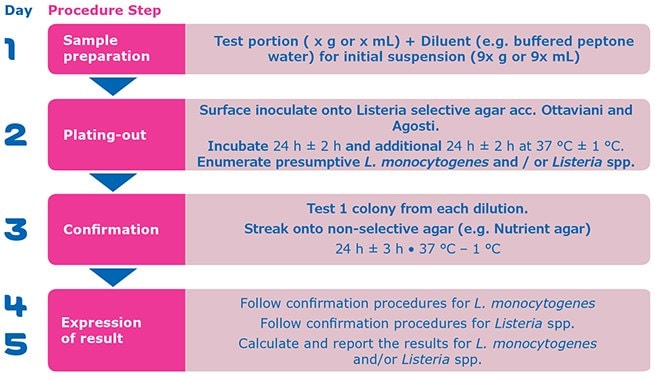 Through the innovations of its chemists, we have developed and commercialized reliable media and biochemical tests for many pathogens, including Listeria according to EN/ISO methodologies. The media contain the elements necessary to selectively grow and identify Listeria in food substances according to recommended and established methods. The biochemical tests are designed to get easy, quick, and reliable results.

Common media, tests and related products are more detailed and sorted in tables 2a-c and 3.

We have implemented all the requirements described in both part 1 and part 2 of the revised
EN ISO 11290:2017. Our GranuCult® granulated media, Readybag® pre-weighed granulated media in ready-to-use bags, ReadyPlate™, and ReadyTube® ready-to-use media are all compliant with EN ISO 11133:2014. All information regarding compliance with additional reference standards are displayed on the product label and in the technical information available on our website.

The following culture media and accessories described in the revised EN ISO 11290:2017 are available: 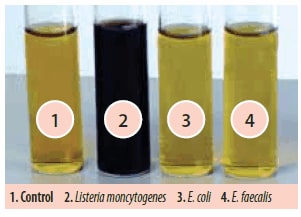 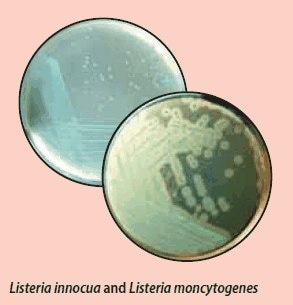 Figure 7.Schematic of biochemical identification for Listeria spp. based on carbohydrate fermentation tests and hemolysis (Source: Handbook of Listeria monocytogenes, 2008)

For testing the performance of the media and tests, using Vitroids™ and LENTICULE® discs is time saving because it removes the need for preparing stock cultures. The organisms need no recovery time and no pre-enrichment step. In addition, the product concentrations are designed in a range where no or only minimal dilutions are needed. The discs readily dissolve in liquid media and automatically on agar plates resulting in easy handling and a very economical solution. Utilization of new technology has allowed us to make major improvements in the field of Microbiological Reference Materials. The main areas of development are stability, temperature resistance, adjusting the narrow defined CFU range, rehydration time and better within batch reproducibility. In addition, each disc is produced under ISO 17034 (production of reference materials) and certified according to ISO/IEC 17025. 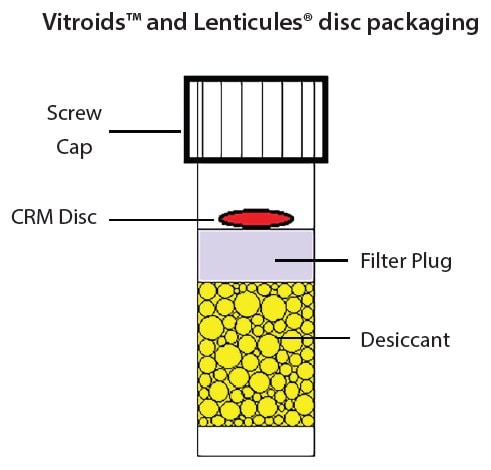