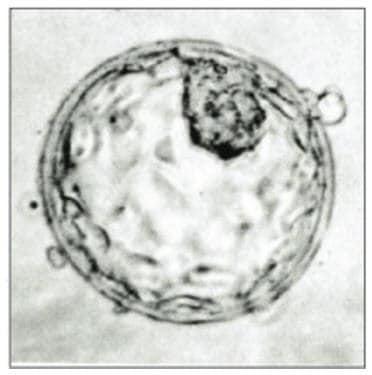 This white paper illustrates the importance of three-dimensional (3D) cell culture in the production of pluripotent stem cell (PSC)-derived models of embryo development and differentiation. It contains a general overview of embryoid bodies (EBs) and a comparison between the various methods used for their generation. There is also a discussion about using teratoma assays versus EBs to validate pluripotency with newly derived PSC lines. Finally, there is a brief description of recent publications illustrating how 3D culture can be used to maximize differentiation.

Embryoid bodies (EBs) are 3D aggregates of PSCs that resemble an embryo, meaning they contain cells from all three germ layers (ectoderm, endoderm, and mesoderm). The initial stages of EB differentiation are remarkably similar to the differentiation of the early post-implantation embryo1. The first cell type to differentiate in an EB is the outer layer of primitive endoderm that, in turn, secretes a basement membrane.

The secreted extra-cellular matrix surrounds an interior of primitive ectodermal cells that are equivalent to the epiblast of the embryo. Apoptosis occurs in the primitive ectodermal cells that are not in contact with the basement membrane resulting in a cystic structure. In the embryo, extra-embryonic signaling centers create a precise location in the epiblast for the primitive streak where gastrulation begins, resulting in the formation of mesoderm and endoderm. However, the EB lacks extra-embryonic signaling centers so the differentiation of mesoderm and endoderm from the primitive ectoderm has been viewed as chaotic and disorganized when compared to the embryo. Two groups have proposed that there is more organization within EBs than previously suspected; when EBs are given the right signals at the right time, their organization can be improved dramatically, resulting in a close approximation of normal embryological processes such as gastrulation2, 3. These properties make EBs an excellent model system by which to study an otherwise inaccessible time in embryo development, especially when using cells of human origin4, 5.

There are many different methods used to generate EBs, some of which are shown in Figure 2. The most important characteristic of all these methods is inhibiting PSCs from sticking to a surface thereby promoting E-cadherin dependent adherence to each other. 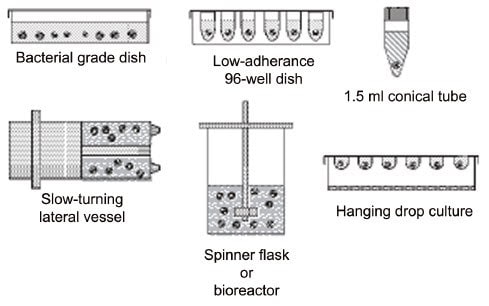 Figure 2.Some of the many methods used to generate embryoid bodies.6

Suspension cultures such as bacterial grade dishes (static), spinner flasks, and slow-turning vessels are simple to set up and maintain, but they result in EBs of different sizes that can agglomerate into a variety of different shapes (Figure 3). An increase in EB size results in reduced mass transport rates7. Moreover, changes in EB size and shape are both widely known to alter differentiation patterns8. Further, once the primitive endoderm begins to secret extra-cellular matrix, EBs will randomly begin to adhere, even to the hydrophobic surface of a bacterial dish, resulting in dramatic variations in lineage specification between adherent and floating EBs. Spinner flasks and slow-turning vessels can reduce the agglomeration and prevent the adherence to surfaces mentioned previously, but this has to be balanced with cellular damage due to shear forces9. Forced aggregation cultures like round bottom low-adherence plates, centrifuge tubes, and engineered microwell dishes (not shown in Figure 2) allow for precise control of EB size determined by the number of cells added per well.

A disadvantage of forced aggregation in microwells and tubes is that artificially dictating and restricting an EB’s shape by contact with rigid, artificial plastic barriers alters differentiation10. It can also be very difficult to remove the EBs from small wells and tubes without damaging their structure. The most advantageous method shown in Figure 2 is the hanging drop culture. Seeding cell number controls hanging drop EB size and at no time is the EB’s shape restricted by or surface in contact with any artificial plastic substrate. In the past setting up these cultures was labor intensive and difficult because they were formed on the lid of a plate that then had to be inverted to hang the drops. In order to feed the EBs, researchers would have to transfer them to yet another tissue culture vessel, typically a bacterial grade or low adherence dish.

Perfecta3D® Hanging Drop Plates have greatly improved the process of EB generation and subsequent culture. A drop of cell suspension is pipetted into the top of each well, and the plate’s geometry causes cells and media to pass through a hole and form a stable hanging drop. The access holes, at the top of each well, allow for media exchange and the addition of exogenous extra-cellular matrix, growth factors, small molecules, or additional cells to establish co-cultures. All these options mean tremendous flexibility and control over how the EBs differentiate. Being able to easily feed the cultures means they can be maintained much longer as hanging drops avoiding agglomeration or sticking to the bottom of dishes. 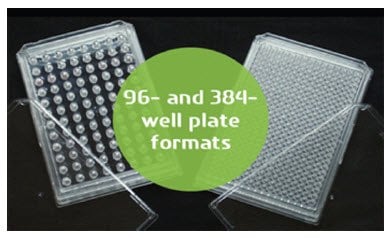 When new PSC lines are derived they must be assessed to confirm they are truly pluripotent. Traditionally for human PSC lines this has been done in vitro by verifying expression of pluripotency genes, epigenetic analysis, and EB formation assays as well as in vivo with the teratoma assay (Figure 5). Neither of the more rigorous tests for pluripotency established with mouse PSC lines, tetraploid complementation11, 12 nor injection into a host blastocyst13, 14, can be ethically performed with human PSC lines. Some scientists feel strongly that the teratoma assay is the best assay available for human PSC and absolutely necessary to declare a new line pluripotent. However, there is tremendous variability in the way teratoma assays are performed and there is strong interest in establishing more uniform procedures so there can be more comparison between results from newly derived PSC lines15. 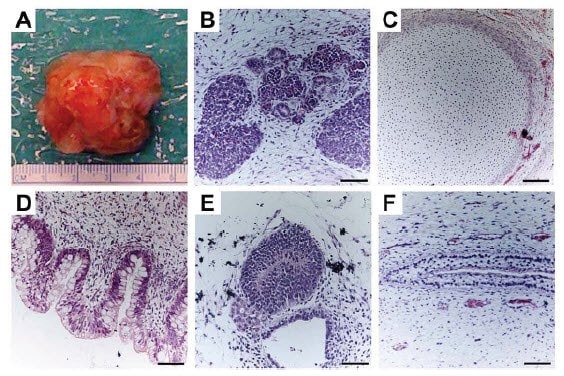 Because induced pluripotent stem cell (iPSC) lines are being generated at a much higher rate than embryonic stem cell lines were when the teratoma assay was deemed critical, this assay is an increasingly cumbersome, expensive, and time consuming task which requires large numbers laboratory animals. Therefore, several factors are important to consider before deciding if the teratoma assay is absolutely necessary to demonstrate pluripotency or if a battery of in vitro tests will be sufficient.

Standardized in vitro EB formation resulting in consistent size and cell number, coupled with quantifiable lineage analysis, is an efficient alternative to the teratoma assay in many cases (Figure 6)17. For example, since the biology and function of iPSCs are still being carefully investigated, many laboratories are generating lines in the pursuit of human disease models. There is little need to determine the tumorgenecity of laboratory cell lines being used as disease models, therefore spending the time and money performing the teratoma assay could be viewed as a waste of time and resources18. The argument of whether iPSCs generate superior models is beyond the scope of this white paper and is the subject of contentious debate19-21. Furthermore, in cases where the embryonic development of a particular cell type or tissue is well understood, directed 3D differentiation (discussed in the next section) can be used to asses the ability of new PSC lines to participate in a model of “normal” development, a quality not demonstrated with the teratoma assay or spontaneous EB differentiation22.

Figure 6.Sections of EBs stained with hematoxylin and eosin illustrating differentiation into ectoderm (A), mesoderm (B), and endoderm (C).17

Some cell types and tissues will always require 3D culture to maximize their differentiation from PSCs. Embryonic development does not happen in a monolayer, there are countless examples of how extracellular signals from one germ layer influence the specification of the adjacent germ layer. For example, cardiac specification occurs in cells of the mesoderm that are exposed to signals from overlying anterior endoderm23. In fact, cardiac differentiation from human PSCs is improved by 3D culture compared to 2D culture likely due to a combination of more physiological signaling, presence of PSC-derived cardiac supporting cells, and the overall more natural 3D structure of cardiac muscle24, 25. During embryologic development there are regions of surface ectoderm that thicken before giving rise to portions of the sensory organs such as the eyes (optic placode) and ears (otic placode). The differentiation of these regions also requires multi-layered structures that simply cannot be generated in 2D cultures. There is no limit to the complex patterns of embryologic differentiation that may be better replicated in vitro through 3D culture. In fact, there are some astounding examples of self-patterned differentiation of sensory placodes from precisely primed EBs differentiating into inner ear hair cells (Figure 7) and retinal pigmented epithelial cells26-28.

Figure 7.Graphic simplification illustrating the 3D differentiation of PSCs to otic placode and then to sensory epithelium.28

Culturing PSCs in 3D has tremendous benefits not only for efficient validation of new cell line pluripotency, but also for maximizing realistic cellular differentiation. The best overall method to produce natural EB differentiation with the least artificial influence is with the hanging drop culture technique, now made easy with Perfecta3D® Hanging Drop Plates from 3D Biomatrix. The flexibility of being able to add reagents, small molecules, extra-cellular matrix, additional cells and feed, all while remaining in a hanging drop, will increase the possibilities to generate new and better methods of PSC differentiation.