What is transfection and how to transfect cells

Transfection is the introduction of DNA, RNA, or proteins into eukaryotic cells and is used in research to study and modulate gene expression. Thus, transfection techniques serve as an analytical tool that facilitates the characterization of genetic functions, protein synthesis, cell growth and development. Transfection assays not only enable the advancement of cellular research, but also enhance drug discovery strategies. Similar strategies, such as viral transfection or viral transduction, utilize lentiviral particles to insert foreign material into eukaryotic cells. Whereas bacterial transformation is the process of horizontal gene transfer where bacteria uptake foreign genetic material.

Transient transfection techniques involve the introduction of DNA into cells, but in this method, the DNA does not integrate with the cellular chromosomes. This technique facilitates high transfection efficiencies and the gene transcripts can be analyzed after a period of 1-4 days. For large-scale transient gene expression (TGE) in mammalian cell cultures, transfection vehicles such as polyethylenimine (PEI) and calcium phosphate (CaPi) can be used. Furthermore, large-scale TGE methods have also been developed using Chinese hamster ovary (CHO) cells in the absence of serum1.

Stable transfection techniques involve the integration of the transfected DNA into cellular chromosomes or the formation of episomes. The stably transfected cell can be subsequently identified using selectable markers such as dihydrofolate reductase (DHFR), hygromycin B phosphotransferase (HPH) and adenosine deaminase (ADA) among several others.

Some of the commonly used transfection techniques include calcium phosphate precipitation, lipofection, electroporation, and viral delivery. Additionally, these methods can be used in cotransfections. These techniques involve the simultaneous delivery of two distinct nucleic acids into the same cell and are often used to achieve stable transfections. Transfections methods have evolved to include several new methods such as the biolistic delivery systems that use high velocity microparticles to deliver nucleic acids into cells, and in vivo transfection protocols that facilitate systemic delivery of siRNA molecules. 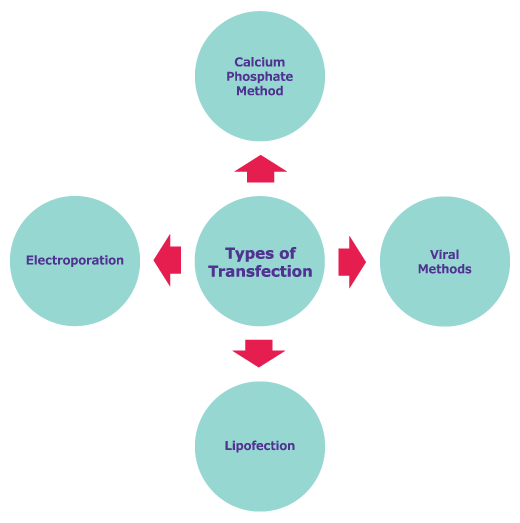 While this technique is cost-efficient and can be used for transient or stable transfections in a wide range of cells, relatively small changes in pH (±0.1) can affect the efficiency of transformation. Furthermore, it is essential to maintain reagent consistency for reproducing the assay results. However, this transfection method does not work in RPMI, or other media with high phosphate concentrations.

Liposome-mediated transfection (lipofection) techniques involve the use of liposome forming cationic lipids, or non-lipid polymers. Examples of lipofection transfection reagents may include DOTMA (N-[1-(2,3,-dioleyloxy)propyl]-N,N,N-trimethylammonium chloride)and X-tremeGENE™ transfection reagents, suitable for transfecting a variety of DNA, small RNA, and CRISPR/Cas9 components into a diverse range of cell lines. Lipid transfections can also be adapted for cost-effective, as well as high-throughput systems;however, these transfections are usually cell-type specific.

This technique involves the exposure of cell membranes to high-intensity electric pulses which causes a temporary destabilization in certain areas of the cell. During this transient destabilization event, the cell membrane becomes highly permeable and allows the entry of various exogenous molecules including DNA4.

Electroporation is an easy, non-chemical technique that can yield high transformation efficiencies in various cell types. Although this technique does not alter target cell morphology and functions, the method can cause cell death if transfection is not performed under optimum conditions.

This method involves the use of viral vectors to deliver nucleic acids into cells. Viral delivery systems such as lentiviral, adenoviral and oncoretroviral vectors can be used for transferring nucleic acids, even in hard-to-transfect cells.

Although viral delivery methods are highly efficient, they can be quite laborious. Moreover, most viruses require containment and careful monitoring of biosafety levels. Before performing viral transfections, it is also important to consider several limiting factors such as the lytic nature of viral vectors, cell line packaging and host-cell specificity.

While considering a suitable transfection reagent, it is important to identify the cell type and culture conditions for the assay. Rare cell cultures, neurons and primary cells are usually harder to transfect and hence will require reagents that can facilitate transfection even in hard-to-transfect cells.

Furthermore, the reagent levels and the cytotoxicity parameters should also be considered before selecting an appropriate transfection agent. An ideal reagent should have low cytotoxicity and high transfection efficiency for the required cell types. 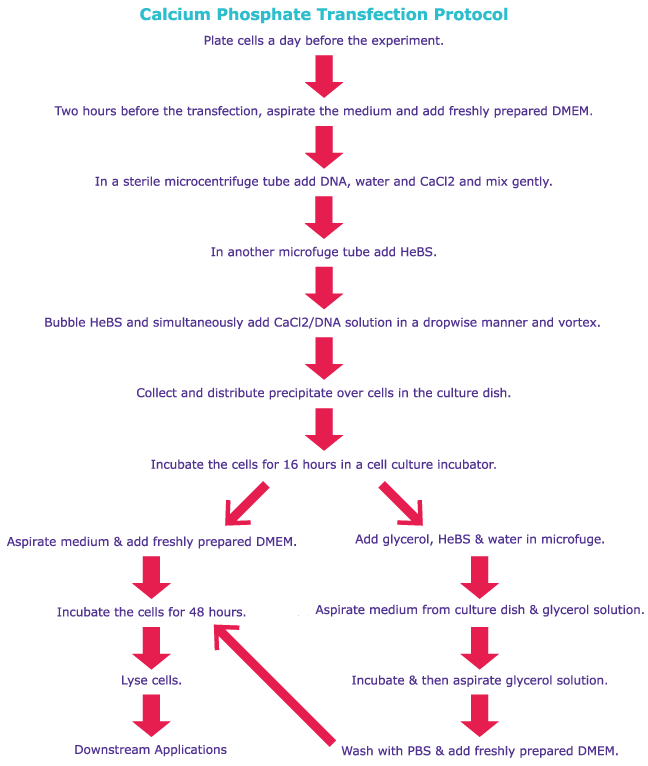 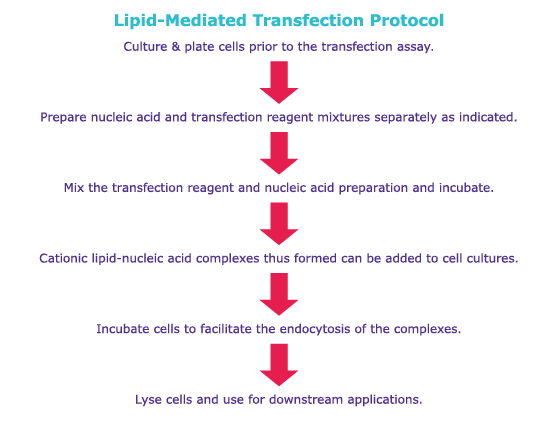