Analysis of vitamin D metabolites has continued to be a topic of interest in recent publications, primarily as biomarkers for possible disease states and vitamin deficiency. While vitamin D is present in two forms, vitamin D3 and vitamin D2, current ELISA methods demonstrate different cross-reactivities and cannot distinguish between D2 and D3 forms of the vitamin metabolites resulting in erroneous reporting of total 25-hydroxyvitamin D concentrations. Further, there is interest in an analytical method to differentiate the D2 and D3 forms from the D2 and D3 epimers because of their different degrees of bioactivity. This application demonstrates the use of the Supel™ Carbon LC UHPLC column, with its ability to resolve structural isomers, to baseline separate all four analytes. 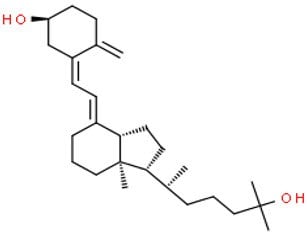 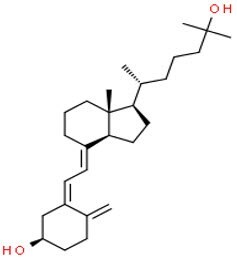 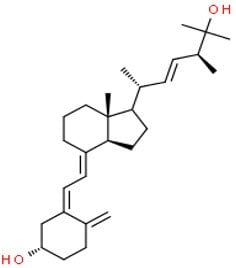 This application has demonstrated the use of the Supel™ Carbon LC column to resolve vitamin D2 and D3 metabolites and their epimers. Baseline separation of all four analytes was achieved with excellent peak shape and sensitivity.