Base Ingredients of Microbiology Media

A culture media is a source of nutrients that supports the in vitro growth of microorganisms. Its aids in the growth, selection, survival, and division of microbial cells. The technical features and the quality of a culture media depends on the base ingredients such as simple sugars, peptones, salts, antibiotics, and indicators.

The primary purpose of culture media is to promote the growth of the organism. The components of the culture media depend upon the natural habitat of the microorganism. For example, an organism capable of growing on meat may require meat peptone, and an organism growing on nutrients with a high carbohydrate content may thrive on malt extract. In addition to growth purposes, culture media serve many other applications, including the differentiation, identification of organisms, the selective isolation or enrichment of organisms, and the study of certain reactions of the organism. A vast array of peptones, extracts, and other additives is available to promote and sustain the growth of most organisms. 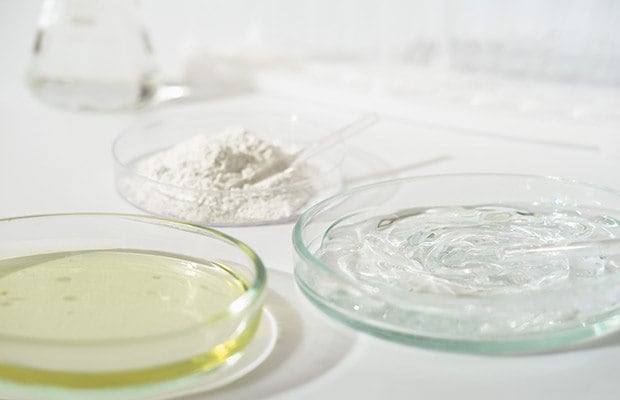 Complex media often contain protein hydrolysate, which is an excellent natural source of amino acids, peptides, and proteins in growth media. It is the most important source of nitrogenous nutrients. They are often obtained by enzymatic digestion or acid hydrolysis of natural products, such as animal tissues, milk, plant, or microbial cell cultures. There are enormous numbers of protein hydrolysates, also called peptones, that can promote and sustain the growth of common microorganisms. For enzymatic digestion, often papain, pepsin, trypsin, or a mixture of enzymes of the pancreatic juice are used. Below is a list of frequently used expressions and definitions.

The range of available peptones is extensive and comprises a major role in the growth conditions of most organisms.

Carbohydrates are the most common substance added as a source of carbon and energy in the culture media. Carbohydrates are the biochemical substance that increases the growth rate of the organism. Sugars in the form of mono-, di-, oligo- and polysaccharides, as well as natural extracts like rice or malt extracts, provide a versatile possibility of substrates for mold or bacteria cultures. Carbohydrates also play a major role in making the media selective or identifying fermentation profiles. A broad range of media with selective chromogenic substrates as indicators are available.

Biological acids such as pyruvates, citric acid, acetic acid, and orange acids are used as selective growth promoters and increase the recovery rate of microorganisms.

Salts primarily establish and maintain the osmotic balance of the cells and help regulate membrane potential. Sodium chloride mainly maintains the osmotic balance; however, it can also help make the medium more selective to halophilic and halotolerant bacteria. In addition, other salts such as lithium chloride or ammonium bismuth citrate help make the medium more species specific.

Fatty acids and lipids, such as lecithin, Polysorbate, and linolenic acids, are necessary nutrients in culture media to enhance the cell membrane integrity of microorganisms. We offers egg powder and liquid sterile egg supplements, as well as pure lipids and fatty acids to be used in microbial culture media.

Selective supplements or chemicals are added to culture media to make them selective for the isolation of desired or important microorganisms. Bile is frequently used as an inhibitory agent against most Gram-positive bacteria. Cholates, biological detergent-like compounds with anti-microbial activity, are major constituents of bile. Alternatively, SDS and other detergents are used for the same purpose. For the most part, however, selective agents are comprised of antibiotics that are often added as a mixture in supplemental vials (Figure 1).

Dyes and indicators are used as color indicators in a culture medium to detect selective microorganisms. They indicate biochemical properties or metabolic pathways and are vital for the identification and differentiation of organisms.

Agar is an ideal solidifying agent for microbiological media because of its melting properties and non-nutritive value. The type of agar should be carefully selected based on the application and a few other criteria. For example, a highly purified agar (Cat No. 05038) is recommended when high transparency and brightness are needed, such as nutritional studies (Vitamin Assay Media) and sensitivity testing procedures, or when high purity and efficient diffusion of substances is essential. Purified or even highly purified agar is recommended for identification and differentiation. However, when isolating a single colony, a standard quality suffices in most cases. Typical solid media have an agar concentration of 1.0 - 1.5% to accommodate the requirements of different applications and the growth habitat of target microorganisms.

Yeast Extracts for Media and Fermentations