From Discovery to Latest Developments

The history of thin-layer chromatography is an excellent example of how scientific advances directly follow the achievements of previous contributors. Over the past century, TLC has been characterized by a number of important milestones, each enabling new possibilities in analytical chemistry.

Our Role in the History of Thin-Layer Chromatography

As a pioneer in TLC, Merck KGaA, Darmstadt, Germany introduced the first pre-coated plates on the market. And we continue to develop innovative products to meet the requirements of today's demanding TLC and HPTLC applications. We offer reliable TLC plates in a wide range of chemistries, sizes and backings to suit a variety of requirements. They combine robustness with the highest surface homogeneity for unsurpassed separation performance. Our HPTLC plates provide even greater sensitivity, and facilitate standardization and validation procedures. 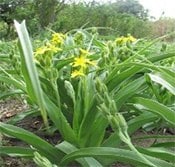 Chromatography was first used in Russia by the Italian-born scientist Mikhail Tsvet in 1903. He continued to work with chromatography in the first decade of the 20th century, primarily for the separation of plant pigments, such as chlorophyll, carotenes, and xanthophylls. Since these components have different colors (green, orange, and yellow, respectively) they gave the technique its name. New types of chromatography, developed during the 1930s and 1940s, made the separation technique useful for many other applications.

The mid-20th century saw an explosion of research in new chromatographic techniques, particularly thanks to the work of Archer John Porter Martin and Richard Laurence Millington Synge. Martin and Synge developed partition chromatography to separate chemicals with only slight differences in partition coefficients between two liquid solvents.

The first reported use of a thin layer was in 1938 by two Russian scientists, N.A. Izmailov and M.S. Schreiber. They separated plant extracts on a slurried adsorption medium spread to a 2-mm-thick layer by spotting an alcoholic plant extract in the center of the layer and observing rings as the solution spread. This work was reviewed in 1941 by M. O'L Crowe, who reported that he and his colleagues had been using a thin layer of adsorbent in a petri dish and had achieved similar results. The fledgling technique was then improved by the addition of binders to the sorbents. This was first reported in Analytical Chemistry by J. E. Meinhard and N. F. Hall in 1949.

At about the same time, J. G. Kirchner and his colleagues at the U.S. Department of Agriculture were working to determine the chemistry of orange and grapefruit flavors. One day, when one of Kirchner's colleagues was frustrated about a difficult separation, Kirchner reached across his desk, picked up the abstract of Meinhard and Hall's work, and said, "Try this". Kirchner and his team found that silicic acid bound with amioca starch created a satisfactory layer for TLC. He continued his work with sorbent layers on glass plates and developed TLC essentially as we know it today. Kirchner also observed that in order to obtain reproducible results, conditions had to be standardized.

TLC soon grew in popularity, while further advances continued. Instrumentation was developed to permit more precise spotting of samples onto plates and quantitative evaluation of the separated spots. Improvements in the technique itself resulted in higher separation power and faster analysis. To emphasize the significant change in performance, the improved TLC was named “high-performance thin-layer chromatography” (HPTLC) by R.E. Kaiser, who was instrumental in its development. The main difference between conventional and high-performance TLC was in the particle size and range of the adsorbent. 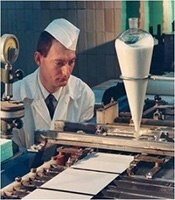 Another major breakthrough came in the 1960s when convenient pre-coated plates became commercially available. Perhaps more than any other scientist, Egon Stahl advanced the technique of thin-layer chromatography. In 1958, the "silica gel plates according to Stahl for TLC" were manufactured by Merck KGaA, Darmstadt, Germany. By 1962 so many papers had been published about the method that Stahl edited the first laboratory handbook on TLC. In the mid-1960s, the first instruments were developed for scanning densitometry using absorbance or fluorescence measurements in the reflectance or transmission mode. The commercial production of HPTLC plates in the mid-1970s provided further impetus for improvements in practice and instrumentation.

Mass spectrometry (MS) is a widely used analytical method, which enables the identification of a substance based on the size of its molecules and characteristic molecular fragments. Attempts had been made for some time to couple TLC with this spectroscopic method. In 2013, pre-coated plates were finally introduced that were suitable for TLC-MS. They demonstrate enhanced sensitivity and a very low background signal compared to standard HPTLC plates, yet offer the same separation efficiency and selectivity.