Chromogenic media offer a range of benefits for the enumeration, detection, and identification of microorganisms

The use of traditional versus improved media formulation containing chromogenic substrate is currently an important topic in the field of microbiology. The focus behind such developments was to produce media that would make the detection and identification of microorganisms more rapid and more reliable. Chromogenic substrates such as ONPG, X-Gal, or X-Glu, together with a specified selectivity of the medium, is the simple principle behind chromogenic media. The target organisms are characterized by enzyme systems that metabolize the substrates to release the chromogen. The chromogen can then be visually detected by direct observation of a distinct colour change in the medium. Direct confirmation of the target organism without further testing is sometimes possible.

Within recent years, great strides have been taken in the sector of chromogenic media. Initial research concentrated on the use of synthetic substrates for the detection of enzymatic microbial activities. Nitrophenol and nitroanilline compounds were used at this time, producing a yellow coloration. The color of nitrophenol, however, is influenced by a pH-change, making it difficult to use reliably in microbiology. Later developments included the use of naphtol or naphtylamine. Today, while diverse modern chromogenic substrates are available, most of the modern substrates are based on the indoxylsubstrate. The use of different chromophore and metabolite derivatives then makes it possible to detect diverse enzyme activities all in one assay. The color of the indoxyl-substrates can be as follows: blue (5-bromo-4-chloro-3-indoxyl- = X, 3-indoxyl- =Y), magenta (5-bromo-6-chloro-3-indoxyl-), salmon (6-chloro-3-indoxyl-), purple (5-iodo-3-indoxyl-) and green (N-methylindoxyl-). One of the major advantages of the indoxyl-substrate and these chromophores is that they remain in the cell, making the characterization of a single cell possible (no diffusion into the media).

Additional advancements in the knowledge about enzyme and species specificity have also occurred within the past year. These recent gains in the development of selective agents and diverse chromogenic substrates have led toward an impressive range of chromogenic media available to meet our customers’ unique analytical emphases (Tables 1 and 2).

Table 2Our product line of chromogenic media according to organisms detected (Fluorogenic media are not listed.)

The European Directive on drinking water quality recommends mCP agar in the reference method for recovering C. perfringens. In the present study, three media (mCP, TSCF and CP ChromoSelect Agar) were evaluated for recovery of C. perfringens in different water samples. Out of 139 water samples tested, using a membrane filtration technique, 131 (94.2%) of the samples analyzed were found to be presumptively positive for C. perfringens on at least one of the culture media.

Green-colored colonies on CP ChromoSelect agar (CCP agar) were counted as presumptive C. perfringens isolates. Out of 483 green colonies on CCP agar, 96.9% (465 colonies, indole negative) were identified as C. perfringens, 15 colonies (3.1%) were indole positive and were identified as C. sordelli, C. bifermentans or C. tetani. Only 3 strains (0.6%) gave false positive results and were identifi ed as C. fallax, C. botulinum, and C. tertium. Variance analysis of the data showed no statistically significant differences in the counts obtained between various media employed in this work.

The mCP method is very onerous for routine screening, and bacterial colonies could not be used for further biochemical testing. Conversely, the colonies on CCP and TSC were easy to count and subculture for confirmation tests. TSCF detects all sulfite-reducing clostridia, not only C. perfringens; however, in some cases, excessive blackening of the agar frustrated counting of the lower dilutions. If the contamination was too high, TSCF did not consistently produce black colonies and, as a consequence, the colonies’ white color provided false negative results.

The identification of typical and atypical colonies isolated from all media demonstrated that CCP agar was the most specific medium for C. perfringens recovery in water samples. 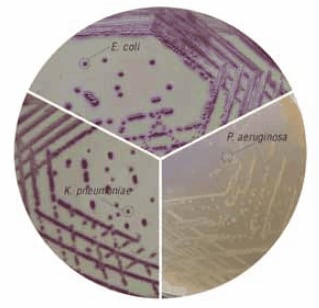 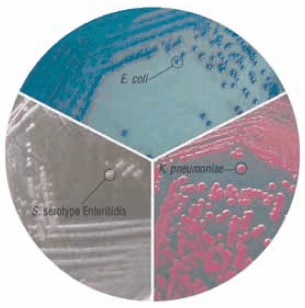 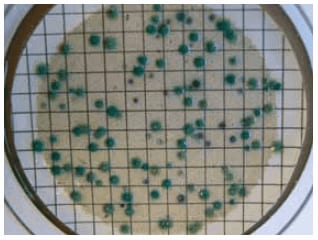