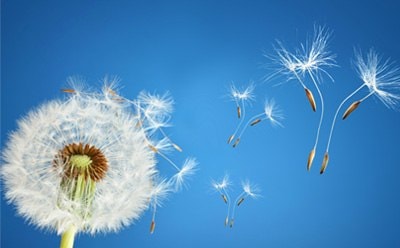 Biopharmaceuticals are medical drugs produced using biotechnological methods. These include monoclonal antibodies (mAbs), therapeutic proteins, fusion proteins, antibody drug conjugates, and other such biologics. Characterization testing is an understanding of the physical and chemical properties of biopharmaceutical materials. During drug development, these properties can have an impact on the product’s performance, ability to be processed, stability and appearance.

Biologic drugs require highly sophisticated analytical workflows for their analysis and characterization with significant emphasis on GMP and regulatory compliance. Development of both an original biotherapy or a biosimilar requires product characterization studies to ensure a robust and well specified biological drug.

Determination of the intact molecular mass, often performed with SEC-MS and appropriate standards, is a necessary step in the characterization of biologics, from clone selection to verification of the final product. Intact molecular mass analysis is commonly used to demonstrate the diversity of the protein/peptide products and verify the identity of the biologics. With optimization, it can also determine the intact molecular weight of all protein products, including bispecific monoclonal antibodies.

Instead of dealing with the unwieldly intact mass of a large protein biologic, a protein digestion analysis approach is used where the sample is first cleaved into just a few fragments, following which the separation can be handled individually with specialized mass spec proteomic standards.

Productivity of the cell line to deliver sufficient quantities of mAb, influences its commercial potential. Used as a baseline measurement, titer is measured using Protein-A affinity chromatography (HPLC). Initially in the development of a mAb, a large number of harvest cell culture (HCC) samples were to be screened for IgG titer. Affinity chromatography employing a Protein A ligand is often used to determine the mAb concentration as well as to purify it for downstream aggregate and charge variant analysis.

Amino acid analysis is a popular way to establish product identity and is used in the determination of amino acid composition of a mAb. It is often performed alongside an extinction coefficient measurement, a method routinely employed to establish titer between different productions.

Certified Reference Materials with values assigned by metrologically valid procedures will be critical to minimize and control experimental variations in all steps of the amino acid analysis workflow including protein extraction, fractionation, enrichment, proteolysis, and analysis.

Highly variable glycosylation may impact mAb purity and produce variable function. Monoclonal antibodies carry N-glycans on their backbone that can be released using LC-MS to assess glycosylation patterns. Characterization of the N-glycans from a monoclonal antibody is necessary, to provide full structural details of the molecule under investigation. Understanding these N-glycan pathways is important because N-glycans affect many properties of glycoproteins including their conformation, solubility, antigenicity, and recognition by glycan-binding proteins.

Many factors influence HOS – the 3D structure of a mAb – ranging from the choice of cell line for mAb production to bioprocessing conditions such as temperature, pH, and light exposure. Hydrogen deuterium exchange mass spectrometry (HDX-MS) is a method employed for a detailed insight into the tertiary structure of the mAb.

Many different post-translational modifications can occur during the mAb manufacturing process, which are greatly influenced by process parameters such as media, temperature, etc. To produce a consistent product, it is critical these modifications are reproduced during every round of mAb synthesis. Modification analysis includes disulfide bridge mapping, and evaluation of glycan basic structure. It is also wise to quantify sialylation, as sialic acid can have a negative effect on mAb.

As a result of post-translational modifications (PTMs) or chemical modifications, charge variants can have a considerable impact on the biological activity and pharmacokinetics of a mAb. A regulatory requirement for mAbs, charge variant analysis can be evaluated by techniques including cation exchange chromatography (CEX) and capillary isoelectric focusing (cIEF).

Physical testing is used to characterize the appearance of a mAb, for example measurement of pH, osmolality, and concentration. Packaging integrity is also assessed within physical testing protocol, for example using Karl Fischer moisture analysis or dye ingress to confirm closure integrity.

While a single mAb product is desired, the initial production material often contains size variants such as aggregates, fragments, and biomolecules exhibiting additional light chains. Since these have the potential to affect immunogenicity and potency, it is important to monitor their presence. Size exclusion chromatography (SEC) is the most commonly used method to evaluate size distribution.

Host cell protein (HCP) impurities, present at PPM-levels in biotherapies, are a major immunogenicity risk, as they can elicit an unpredictable immune response in patients. Their complex and diverse nature makes them challenging to detect or monitor. While most HCP impurities are effectively removed in typical downstream purification processes, a small population of HCPs are particularly challenging. Knockouts of a difficult-to-remove CHO HCP, lipoprotein lipase have been developed for improved polysorbate stability in monoclonal antibody formulations.

A wide variety of manufacturing additives must be monitored during mAb development and manufacturing including Detergents, Protein A, Transfection reagents, Antibiotics, Anti-foam agents, and Growth factors.

A variety of microbial testing procedures are necessary for GMP and compliant pharmaceutical development and manufacturing. Many mAbs are produced in microorganisms to benefit from their rapid growth rates and high yields, making it critical to monitor and control the presence of microbial contaminants. A component of the cell wall of Gram-negative bacteria, called endotoxin, produces responses ranging from fever and chills to fatal septic shock, making pyrogen detection (MAT in vitro testing) and subsequent removal from the mAb crucial and a regulatory requirement. Bioburden testing should be employed throughout the entire mAb manufacturing process to monitor the presence of potentially harmful microbial contamination. Sterility testing is also critical to confirm the integrity of mAb production.

Large Molecule HPLC
High performance liquid chromatography (HPLC) can be used to separate and identify different large biomolecules such as protein and peptides in a sample. It is based on the pumping of a sample with a solvent (mobile phase) through a column packed with sorbent material (stationary phase) at a high pressure.
Mycoplasma Testing in the Pharmaceutical Industry
Mycoplasma can grow to high titers in culture cultures, adversely impacting these. In the pharmaceutical industry Mycoplasma testing is key to detect contamination early and avoid loss of time and production batches.
Pyrogen Testing
The pyrogen test measures the pyrogenic load in parenteral products. It is a regulatory requirement for the release of sterile parenteral drugs
Sterility Testing
Sterility testing is an essential process necessary for sterilization validation. Membrane filtration is a preferred method for sterility testing of pharmaceuticals, food and beverages, tissue materials and other products that claim to be sterile.
Antibody-Drug Conjugate (ADC) Manufacturing
Antibody-drug conjugation (ADC) technology uses monoclonal antibodies (mAbs) to deliver potent, highly active pharmaceutical ingredients (HPAPIs) to targeted cells. Learn about processes and areas of expertise required to advance your ADC to market.
Protein Quantitation
Protein quantification methods, reagents, and immunoassay technology for accurately measuring the protein concentrations in a variety of samples.
Protein Structural Analysis
Protein structure provides valuable information that can be used to infer protein function. The study of protein structure and mapping of protein interactions, expression levels, and location enables the identification of disease biomarkers and potential drug targets for therapeutic treatment.
Protein Mass Spectrometry
An overview of techniques for protein mass spectrometry used in the identification and quantification of proteins, post-translational modifications, glycan profiling, and protein-protein interactions in drug discovery and proteomics research. 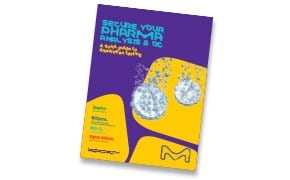 From development to drug release, this interactive PDF outlines a range of reliable, consistent filters and reagents for dissolution testing protocol 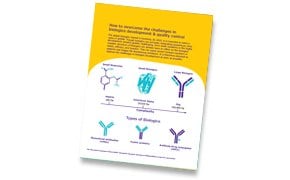 Although biologics are becoming more and more popular, their development and QC remains extremely challenging. This infographic provides some useful insight 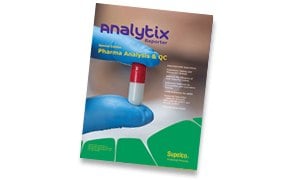 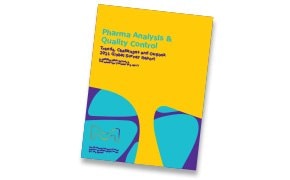 Exploring the trends and main challenges faced by the Pharma Analysis & QC community, four key points emerged from this survey