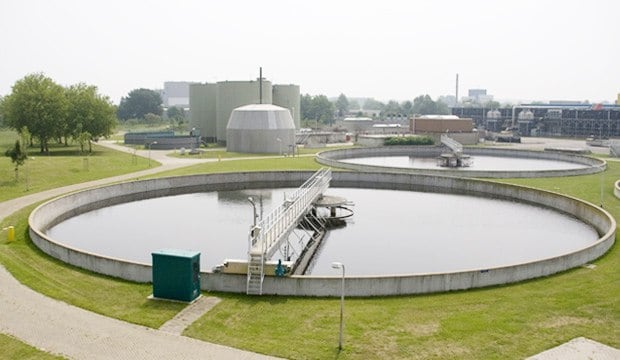 Ammonium is a key parameter in water testing, as it can have adverse effects on marine ecosystems at high levels. One major issue is eutrophication, excessive plant and algal growth.1 As a result, determining ammonium levels during the process of sewage treatment is critical to maintaining aquatic environments. In this application note, we describe quantification of ammonium in sewage sludge with the Spectroquant® photometry system and ammonium test kits.

Ammonium nitrogen (NH4-N) occurs partly in the form of ammonium ions and partly as ammonia. A pH-dependent equilibrium exists between the two forms. In strongly alkaline solution ammonium nitrogen is present almost entirely as ammonia, which reacts with hypochlorite ions to form monochloramine. This in turn reacts with a substituted phenol to form a blue indophenol derivative that is determined photometrically. Due to the intrinsic yellow coloration of the reagent blank, the measurement solution is yellow-green to green in color.

One of the following test kits is necessary for this analysis:

*Not compatible with Move 100

One of the following instruments is necessary for this analysis:

Determine with the above-mentioned test kits.