HomeMicrobiological AnalysisAsk the Expert: How to Choose the Right Method for Microbial Testing in Infant Formula?

Ask the Expert: How to Choose the Right Method for Microbial Testing in Infant Formula?

Infant formula and their ingredients are very sensitive foods which must be carefully microbiologically analyzed before release to market. Recent recalls of infant formula products due to microbial contamination raise the question which methods QC labs should apply to correctly detect microorganisms, especially pathogens.

Dr. Andreas Bubert has a PhD in molecular microbiology and over 20 years’ experience in the food and beverage industry. He is a member of AOAC RI Advisory Council, German VAAM and has authored over 40 publications.

Which microorganisms do we need to test for in powdered infant formula (PIF) and their raw materials? Most critical is the absence of Cronobacter spp. and Salmonella in PIF. While Salmonella is able to infect all humans, Cronobacter spp. (formerly Enterobacter sakazakii) is a pathogenic bacterium that can cause severe diseases, primarily in infants under 6 months and immunocompromised adults. This organism is able to survive in low moisture foods, such as PIF, for up to two years.

In the EU, Commission Regulation (EC) No 2073/2005 requires the absence of Cronobacter and Enterobacteriaceae in 10 g and of Salmonella in 25 g respectively in dried infant formulae and dried dietary foods for special medical purposes intended for infants below six months of age. This food must also be tested for presumptive Bacillus cereus.

In the US, the Federal Food, Drug, and Cosmetic Act (FFDCA) defines infant formula as "a food which purports to be or is represented for special dietary use solely as a food for infants by reason of its simulation of human milk or its suitability as a complete or partial substitute for human milk" (FFDCA 201(z)). FDA regulations define infants as persons not more than 12 months old. All finished dried product infant formula samples (domestic or import) designated for microbiological analysis need to be tested for Salmonella and Cronobacter. For Salmonella analysis, each sample should consist of 25 grams or larger, for Cronobacter analysis it is 10 grams or larger.

Which quality control methods can be used?

Most countries have standards for quality control (QC) of PIF and their ingredients. In ISO following countries, QC labs can choose to follow either culture media-based ISO standards or ISO 16140 validated rapid methods. In 2017, ISO published revised culture media-based standards for Salmonella (ISO 6579-1: 2017), Cronobacter spp. (ISO 22964:2017), and Enterobacteriaceae (ISO 21528:2017), which are all relevant for testing of PIF and its ingredients.

These standards should be carefully read. ISO 6579-1 gives guidance to reduce the risk of false-negative detection results for atypical Salmonella strains. A recently recalled infant formula contained the atypical, H2S-negative strain Salmonella agona. Such a strain is difficult to detect, particularly by less experienced users.

For Cronobacter spp., two new culture media types are included in the revised ISO 22964:2017. This version was validated, not only with infant formula, but also with its ingredients, e.g. milk powder, soy milk powder, starch, and environmental samples. It does not describe the usage of molecular methods for detection or confirmation. However, it is stated that alternative methods can be used to confirm the isolate as Cronobacter spp. provided that the suitability of the alternative method has been verified. Updated guidance for method verification is intended to be published in 2019 in ISO 16140-part 3 named “Protocol for the verification of reference and validated alternative methods implemented in a single laboratory.” In the US, FDA-BAM standards need to be followed. The Bacteriological Analytical Manual Chapter 29 Cronobacter contains both a real-time PCR method for rapid screening and a cultural method for the detection/isolation of Cronobacter spp.. Chromogenic agars are used to isolate the culture for confirmation. A pre-enrichment step is used to grow the bacteria to a level (≥ 103 CFU/ mL) detectable by PCR and chromogenic agars. The culture media portion of this method is a complete detection/isolation method, so it can be used as a stand-alone method if PCR technology is unavailable. It is completely different from the ISO method. The PCR portion of the method is a screening method, whose positive results should always be confirmed with the culture method. The PCR method may be used to confirm pure cultures as Cronobacter spp.

The FDA-BAM Chapter 5 (Salmonella 8th ed.) method for detection, isolation and confirmation of Salmonella was revised in 2018. It is mostly culture media-based but differs completely from ISO 6579-1:2017 in the usage and/or composition of the media, e.g. use of XLD agar. It now also contains a real-time quantitative PCR method for confirmation of pure cultural isolates as Salmonella spp.

Countries which do not describe ISO or FDA-BAM based standards have their own methods which may be very different. For example, in China, GB standards need to be followed: GB 4789.40-2016 is the national food safety standard for food examination of Cronobacter while GB 4789.4-2016 is for examination of Salmonella. Both standards were also issued in 2016 by the China Food and Drug Administration. For Salmonella, the method is different from both ISO and FDA-BAM in the usage culture media. For Cronobacter spp., the current GB method is very similar to the previous ISO TS 22964: 2006. Both GB standards do not describe a rapid method for the testing of these pathogens.

It is important for the export of powdered infant formula products that the QC procedures of the receiving country are always followed, e.g. a PIF exported from Europe for sale in China must be tested according to the Chinese GB standards.

What to consider when choosing the right method?

For such sensitive food, QC labs of food companies exporting PIF need to be aware of the food testing regulations in the countries of destination. Culture media-based methods are described in all countries, but a careful check of the compliance of culture media products used in quality control is important. The culture media should be of high quality and should be accompanied by a clear documentation about the compliance to the given standards. This compliance information should be visible in both the product and batch documentation provided by the media supplier. Such documentation also supports QC managers in audit situations and lab inspections.

As described above, a rapid method can only be applied if permissive in the country of destination. These methods are only acceptable if validated according to ISO 16140 or AOAC International standards. 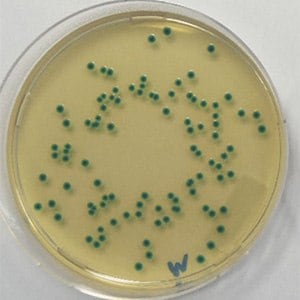 Molecular methods for detection of Cronobacter and Salmonella are preferred as they are able to detect these organisms in low numbers. There are several systems on the market available. To choose the right supplier, users should have a close look at the performance data of the individual system with PIF as food matrix. A sample preparation procedure that efficiently extracts the target nucleic acid is important, e.g. by magnetic separation, which leads to higher test reliability. Users should carefully read the approval validation protocols before to decide for a system.

Our solutions for infant formula testing 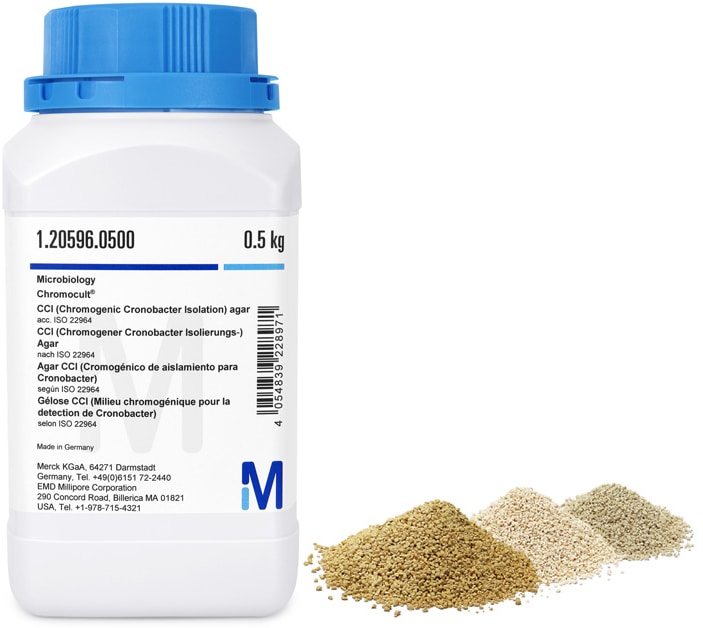