Mesenchymal stem cells (MSCs) have the capacity for multi-lineage differentiation, giving rise to a variety of mesenchymal phenotypes such as osteoblasts (bone), adipocytes (fat), and chondrocytes (cartilage). MSC-derived osteoblasts may also have applications in fracture repairs and generation of stem cell-derived bone grafts, and spinal fusion. The generation of osteoblasts from hMSCs has enormous value in developing and evaluating drugs for alleviation of orthopedic conditions. Similarly, the ability to generate MSCs from iPSCs can unwrap the possibility of generating disease-specific MSCs, which may be useful in monitoring orthopedic disease progression and examining therapeutic efficacies of drugs.

Difficulties in directing MSCs and other stem cells to generate fully functional, specific cell types prevent the full exploitation of the enormous potential of these multipotent and pluripotent cells. Generating specific cell types in large scale, in a reproducible and cost effective manner, is even more challenging. One of the principal factors to consider here is the need for specific cell culture medium where variables and animal derived components are eliminated. This is particularly significant for osteoblast production since osteogenic differentiation protocols invariably include serum that contains essential components for generation of these cells.

The discovery of OsteoMAX-XF™ differentiation medium was made possible by the use of Plasticell’s Combicult® high-throughput combinatorial platform, which combines miniaturization of cell culture on microcarrier beads, a pooling/splitting protocol and a unique tagging system to allow multiplexing of thousands of experiments in one screen (Figure 1). In this system, stem cells grown on microcarrier beads are shuffled randomly, stepwise through multiple differentiation media using a split-pool method. The iterative process of systematically splitting, culturing and pooling samples all possible combinations of media in a pre-determined matrix. Each medium is spiked with a unique fluorescent tag that attaches to the beads. At the end of the differentiation process, beads bearing differentiated cells are identified by a screening assay, such as immunostaining or reporter gene expression. Individual positive beads are isolated using an automated large-particle sorter. The cell culture history of each positive bead is then deduced by analysis of the fluorescent tags attached to the bead. Typically 100 or more positive differentiation protocols are discovered in each screen. These are then analyzed using bespoke Ariadne® bioinformatics software, which uses criteria such as hierarchical clustering and probability analysis to select the optimal protocols for further validation. 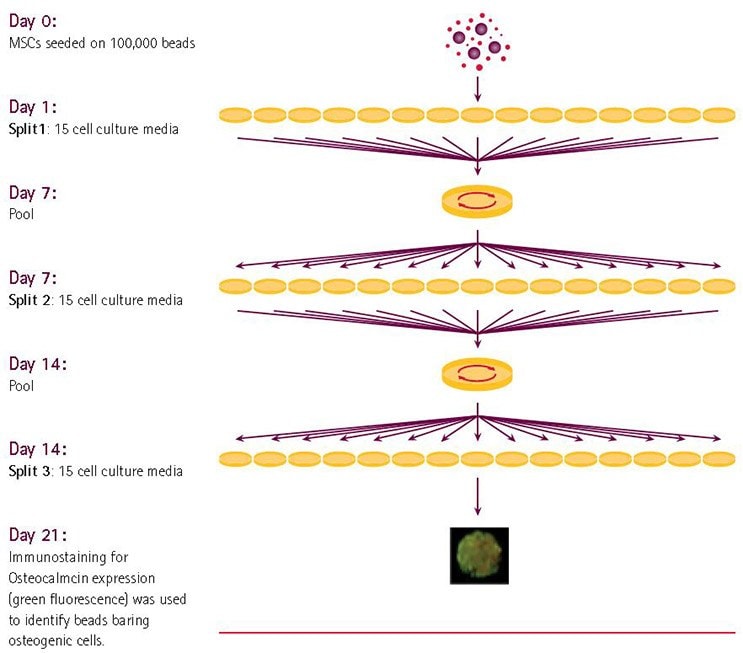 Figure 1. Combicult® screen design. The iterative process of systematically splitting, culturing and pooling samples all possible combinations of media in a pre-determined matrix.

We screened 15 different serum-free media on each of the 3 stages of differentiation, thereby testing 3,375 unique differentiation protocols. At the end of each experiment, beads were analyzed for cells expressing osteocalcin, a marker of osteoblasts. We found 97 unique protocols that were analyzed using bioinformatics software, which helped us identify those predicted to be the most efficient and optimal. Of these, 12 were selected for validation studies and were tested on microcarrier beads, as used in the screening experiment, in a monolayer culture system. From these validation experiments the most effective protocol, B372, was identified. In particular, this protocol gave very extensive mineralization of cultures compared to other selected protocols. 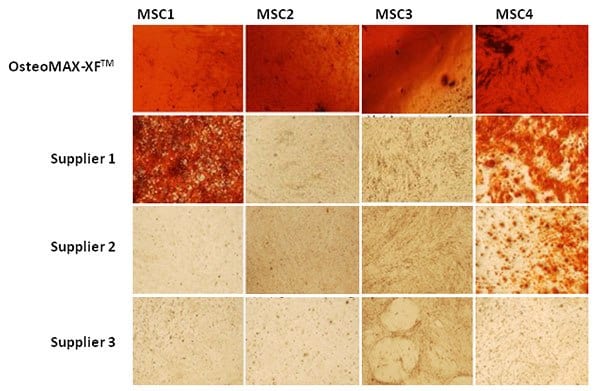 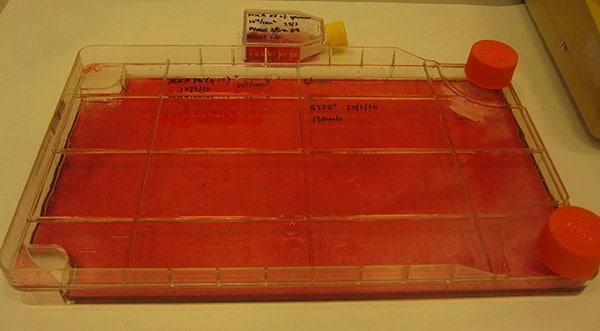 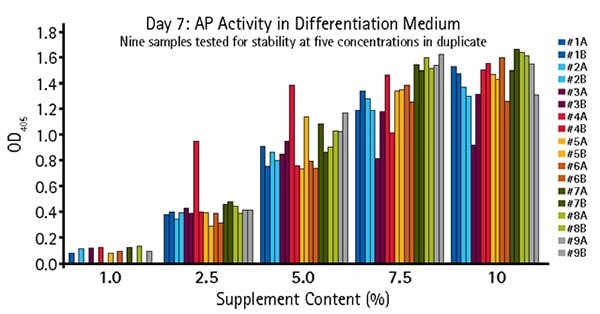 We describe the discovery and commercial development of a novel, serum-free and xeno-free MSC osteogenic differentiation medium. The formulation is extremely efficient, generating mineralized cultures in under 7 days, and works consistently across all sources of MSCs tested, including those derived from pluripotent stem cells. This is particularly important for generation of autologous therapies or disease and patient-specific cells for drug screening. Differentiation can be scaled to generate the number of cells required for large-scale applications. OsteoMAX-XF™ medium offers a reliable, simple, cost effective method to generate human osteoblasts for research, clinical and drug discovery applications.