HomeSigma-Aldrich® BrandImpossibles: Your Stories of Scientific Advancement Samantha Green: My Next Great Impossible

Samantha Green: My Next Great Impossible 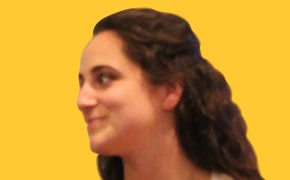 Samantha Green tells us about her work on dual catalysis at the Scripps Research Institute and the need to pursue crazy ideas.

I’m inspired by finding ways to solve the unsolvable problems in chemistry. In academia, you have the luxury of time to look at hard bond formations and find solutions.

“I was drawn to utilizing olefins…, [they] could really help synthesis.”

Our lab is interested in the functionalization of olefins to predominantly give quaternary centers. What really drew me to this area is that there wasn’t a mild or general way to capitalize on this reactivity. I was drawn to utilizing olefins because they’re so ubiquitous in nature, and if we could make quaternary centers from olefins this could really help synthesis.

“[This] has led me to question how…dual catalysis could impact chemistry in the next 100 years.”

My experience in developing novel dual catalytic systems has led me to question how other variations of dual catalysis could impact chemistry in the next 100 years. We have identified the biocompatibility of metal–hydride hydrogen atom transfer (MHAT) catalysts, which opens the door for the development of new synergistic methods for metal/enzyme dual catalysis or artificial metalloenzymes. This could obviate limitations in ligand design for asymmetric catalysis and would be valuable in areas such as atroposelective cross coupling.

Q: What kind of mindset do you need to achieve the Next Great Impossible?

A: You can't overthink what you want to do, because if you talk to other people about what the next great thing is, they'll tell you it's a crazy idea. Nine times out of ten, they're absolutely right, but that one time out of ten is when something really cool happens.