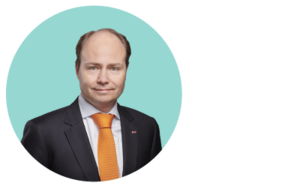 Marc Horn is Head of Controlling for the Life Science business of Merck KGaA, Darmstadt, Germany (and/or its affiliates). In this role, he provides financial decision support on a wide scope of operational and strategic matters and manages all areas of financial responsibility, including financial reporting and forecasting, business analysis, resource allocation and capital planning.

Previously, Horn was managing director and general manager of the Biopharma business of Merck KGaA, Darmstadt, Germany (and/or its affiliates)

Previously, Horn held various roles with Bayer and Lanxess in Germany and Asia Pacific, including chief financial officer for Lanxess in China between 2004 and 2008. His last role with Lanxess was head of Global Controlling for the company's largest business unit based in Singapore from 2010 to 2014.

Horn holds a master's degree in international business from the Otto-Friedrich University Bamberg in Germany.