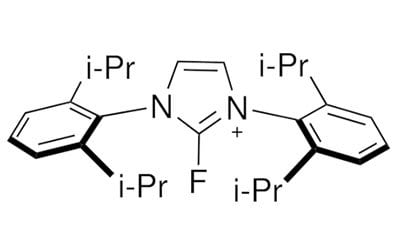 Halogenation is fundamental tool in the organic chemist's toolbox for replacing a hydrogen atom with a halogen atom (fluorine, chlorine, bromide, or iodine). The use of halogenation reagents in various coupling protocols (e.g., Suzuki, Stille, Sonogashira) and nucleophilic substitution is prevalent and has been reported in the scientific community.

While several synthetic methods for the introduction of a halogen exist, there is still a need for efficient and practical methods for introducing other halogen-containing structural elements, in particular at a late-stage in synthesis (esp. with high yields and under mild conditions). Our readily available halogenation reagents may be used in many stages of your synthesis, and many are practical for use in late-stage development.

Halogenated Heterocycles
Shop our diverse portfolio of halogenated heterocycles for use in a vast array of synthetic protocols, including lithiation and palladium catalyzed cross-coupling methodologies.
Fluorinated Building Blocks
With a vast offering of fluorinated building blocks, such as, trifluoromethyl, difluoromethyl, triflate, and pentafluorosulfanyl substituents for your toolkit, we make it even easier to discover your target compounds.

SYNTHIA™ Retrosynthesis Software
Our custom cell culture product design experts can offer advice and support as you scale your bioprocess from clinical to commercial supply, assisting with liquid products, dry powder products, selection of raw materials, quality testing, flexible product packaging, and product documentation.
Bulk Quotation Request
Use this form to request price and delivery information on critical raw materials in your supply chain, unique and large package sizes or bulk quantities that are not available on the site and any other customization requests
Small Molecule Library Design (Aldrich Market Select)
Streamline the management of your screening compounds with our Aldrich Market Select online order center for small molecule libraries, comprising over 14 million chemistry building blocks and other useful services.