Beverages, such as sodas and energy drinks, can contain a number of polar ingredients, which are easily soluble in the water matrix of the drinks. These ingredients include sweeteners (sugars and sugar substitutes), caffeine, vitamin supplements, amino acids, organic acids, and plant extracts. Because the analytes are already in solution, there is no need for extensive sample preparation. Dilution followed by direct injection into an HPLC is typically suitable.

In this article we present two beverage applications using Ascentis Express HPLC columns. Ascentis Express columns offer faster analysis on any HPLC system. One benefit is their ability to produce the resolution, efficiency, and speed that is associated with the use of sub-2 micron columns on a UHPLC system, without generating high backpressure. Column chemistries (RP-Amide and HILIC) were selected for this article based on their enhanced performance with polar compounds in comparison to C18.

Artificial sweeteners are often used in drinks in specific combinations to mimic the sweetness of natural sugars. They contain less energy than sugar, and are added to maintain the taste without increasing the caloric value. In addition to sweeteners, sodas can contain preservatives, which are added to inhibit microbial growth and to prolong the shelf-life of the drinks. Because artificial sweeteners and preservatives are both considered additives, they are often regulated; hence, their identities and concentrations must be determined.

Figure 1 shows the HPLC separation of 3 artificial sweeteners (acesulfame, aspartame, and neotame), two preservatives (benzoic acid and sorbic acid), and caffeine. In this case, the Ascentis Express RP-Amide column was used. Amide-functional groups in the RP-Amide column provide different selectivity than alkyl-only phases, such as C18. The selectivity differences are most noticeable with polar compounds, like those in this application. The separation of all major components on the Ascentis Express RP-Amide column was achieved in less than 1 minute using a conventional HPLC system with acceptable backpressure (3200 psi/220 bar). 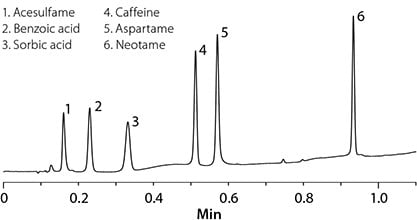 Figure 1.HPLC Analysis of Artificial Sweeteners, Preservatives, and Caffeine in a Diet Soda

Energy drinks contain a variety of marketable ingredients, such as sugars, vitamins, and caffeine. Like sodas, they also typically contain preservatives. The chromatogram from the analysis of an energy drink on an Ascentis Express HILIC column is shown in Figure 2. HILIC chromatography was selected because it is suitable for the retention and separation of hydrophilic compounds based on differences in their polarities, whether these analytes are acidic, basic, charged, or neutral. Both UV and ELSD were used to detect different types of compounds; the ELSD allowed for the detection of the non-UV absorbing sugars.

The analysis used an MS-friendly mobile phase, and yielded rapid analysis (under 2 minutes) and low backpressure (815 psi). Because of these benefits, a HILIC column should always be considered for analysis of beverage components. 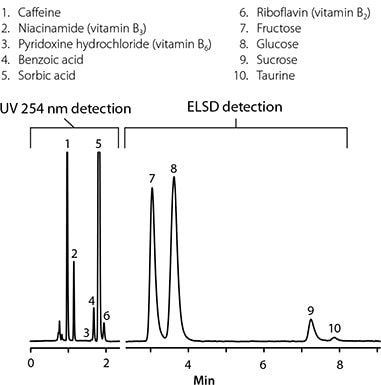 Figure 2.HPLC Analysis of Sugars, Vitamins, Preservatives, and Caffeine in an Energy Drink

These brief examples demonstrate the application of two Ascentis® Express columns for the analysis of beverages. Two column chemistries, RP-Amide and HILIC, both amenable to the analysis of polar compounds, were successfully used to resolve several beverage components, including sugars, vitamins, sweeteners, preservatives, and caffeine. Ascentis Express columns provided rapid separation using conventional HPLC systems without the major increase in backpressure associated with sub-2 micron columns. Selectivity differences between the two columns can be further employed to alter elution order and compound retention.