Human and veterinary pharmaceuticals are a group of “emerging” contaminants,1, 2 some of which are produced in increasingly large volumes every year. The amounts produced are reaching quantities similar to those of pesticides and other organic pollutants. Residues of these biologically active compounds can enter the environment via different transport pathways, such as; emissions during manufacture, disposal of unused or expired medicines, human and animal excretion, or direct discharge of aquaculture products.2

Sewage treatment plants (STP) are not able to completely remove these drugs and their excretion metabolites; consequently they are discharged to different environmental compartments at concentrations ranging from ng/L to μg/L. Recent studies have shown that, in addition to contaminating river and sea water, they may also enter drinking water produced from ground water.3,4

Non-steroidal anti-inflammatory drugs (NSAIDs) are among the pharmaceuticals most widely used in human health care. Therefore, both they and their metabolites constitute some of the most frequently found pharmaceutical contaminants in the aquatic environment.

NSAID residue analysis in water samples has usually been performed by a gas chromatograph coupled to a mass spectrometer.

Silylation is the most widely used technique for the derivatization of functional groups present in these drugs. Among the various silylating reagents, N-Methyl-N-(trimethylsilyl)trifluoroacetamide (MSTFA) is one of the most important, because the by-products of MSTFA silylation, primarily N-methyltrifl uoroacetamide, are more volatile than N,O-Bis(trimethylsilyl)acetamide (BSA) and N,O-Bis(trimethylsilyl)trifluoroacetamide (BSTFA). This characteristic enables MSTFA to be valuable in identifying compounds that would otherwise go undetected or obscured in the GC analysis. In addition, MSTFA reactions do not produce by-products that can damage the capillary GC column.

The silylation power of MSTFA can be enhanced by the use of catalysts or additives that scavenge reaction by-products. MSTFA reacts in situ with ammonium iodide (NH4I) to produce trimethyliodosilane (TMSI), a powerful trimethylsilyl donor.5

In order to prevent iodine incorporation into the product, ethanethiol is added to reduce the formed iodine to hydrogen iodide. As a result, diethyl disulphide is produced during the derivatization reaction. Imidazole acts as a base catalyst in the MSTFA silylation reaction.

The chemical classification of NSAIDs includes two broad groups; non-selective COX inhibitors and selective Cyclooxygenase (COX) inhibitors.6 COX is an enzyme necessary for the prostaglandin synthesis which causes swelling and pain. In this study, we investigated the silylating power and performance of five silylating agents, three ready-to-use mixtures and two single reagents on ten different NSAIDs classified as non-selective COX inhibitors, (Table 2) with GC-MS. This group is the most frequently detected in the aquatic environment. Table 2 shows a classification of the tested substances. All derivatization reagents and NSAID substances are available from Sigma-Aldrich. The GC-MS operating conditions are presented in Table 1. Figure 1 provides a graphic summary of the results. 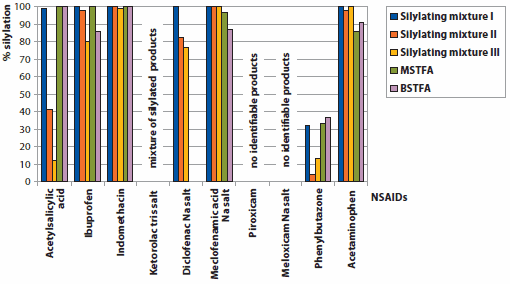 Table 2.Classification of the tested substances

Results of the Silylation of Ten NSAIDs with Five Silylating Reagents

Within this group, acetylsalicylic acid and ibuprofen react very differently with the five derivatization reagents. Acetylsalicylic acid reacts with Silylating mixture I (MSTFA and BSTFA) to produce complete silylation, giving one peak by GC-MS. The mass spectrum confirms complete silylation of the OH-group. With the Silylating mixture II and III, besides the monosilylated compound (~46%) the chromatogram and MS show a double-silylated compound (~39%, M-H+ peak at 269 m/z), which can be defined as 2-Trimethylsiloxybenzoic acid trimethylsilylester.

Ibuprofen reacts with the Silylating mixture I and MSTFA to result in a 100% conversion to the monosilylated product. With Silylating mixture II, III, and BSTFA, the conversion is 98%, 80%, and 86% respectively. The 2-20% by-product is, according to MS is 5,8,9,10-Tetrahydrobenz[a]anthracen-11(6H)-one according to MS, a reaction product formed by two ibuprofen molecules.

The chromatograms of all five silylating substances show the third variety. Up to seven different silylated compounds are formed, all of them give a peak at m/z 73, demonstrating that there are silylating groups involved. None of the compounds can be identified as a complete silylated keterolac tris salt. Two by-products can be identified by MS; trimethylsilylbenzoic acid, formed possibly by thermal decomposition of the ketorolac salt at the GC injector, and a four-fold silylated “tris salt." In contrast, the diclofenac sodium salt reacts with the Silylating mixture I and MSTFA to produce the single silylated compound with 100% conversion. Silylating mixtures II and III produce the monosilylated compound with 82% and 77% conversion, respectively; with BSTFA no silylating is observed. One of the two main by-products is formed by ring-closure of the diclofenac (Figure 2a); the other one could not be verified completely by an MS-library, but based upon the MS-spectra it could be a silylated molecule derived from the other main by-product (Figure 2b).

Figure 2a and b.Two main by-products of the diclofenac reaction with Silylating mixtures II, III and BSTFA

The fourth subgroup of the carboxylic acids, the anthranilates with the representative meclofenamic acid, reacts with all three silylating mixtures to form a complete silylated derivative; showing a single, sharp peak in the GC chromatogram. With MSTFA, the conversion is only 93%. The derivatization with BSTFA produces, along with five by-products, the monosilylated compound to 87% conversion.

The enolic acids can be split into two subgroups, the oxicams and the pyrazolones. Piroxicam and meloxicam sodium salt, as representatives of the first subgroup, provide no identifiable silylation products with all five reagents. The GC chromatograms show some broad, but non-evaluable, peaks. This could be ascribed to some crystal water in the acids being released during the heating of the sample, which then hydrolyses the silylating reagent.

For phenylbutazone, representative of the pyrazolone subgroup, the five chosen silylation reagents are not really applicable. The derivatization reactions provide a maximum of 40% silylation, with the rest being educt. This is especially true with the silylating mixtures II and III, where a yield of only 4% and 13% of the monosilylated product is achieved. The highest silylation conversion to the monosilylated product (37%) is provided by the reaction with BSTFA.

Although the anilides do not properly belong to the NSAIDs since they do not have an acidic group, they are normally included in the group of the non-selective COX inhibitors. Interestingly, acetaminophen reacts with the activated silylation reagents, Silylating mixture I, II, and III, to produce only the monosilylated product with 100% yield. In contrast, the silylation with MSTFA and BSTFA also produces a by-product, double silylated acetaminophen, (Figure 3b) but in very low yields, 14% and 9% respectively. 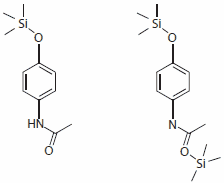 Figure 3a and b.Main product and by-product of the acetaminophen silylation

In this article, we report the results of the ability of five silylating reagents (Silylating mixture I, II, III, MSTFA, and BSTFA) to form GC-MS-compatible trimethylsilylmethyl derivatives ten important non-steroidal anti-inflammatory drugs (NSAIDs). Although some drugs do not show any silylation with any of the reagents, it can be concluded that, for these targeted compound classes, the activated Silylating mixture I appears to be the most effective choice.