Many early tissue culture media were predominantly formulated from animal products and/or tissue extracts. In 1950, Morgan and his coworkers reported their efforts to produce a totally defined nutritional source for cell cultures. Their experiments, conducted with various combinations of vitamins, amino acids, and other factors revealed that growth of explanted tissue could be measured in what has become known as Medium 199. However, it was found that long-term cultivation of cells required addition of a serum supplement to the culture fluid. When properly supplemented, Medium 199 (M199) has broad species applicability, particularly for cultivation of non-transformed cells. It is widely used in virology, vaccine production and in vitro cultivation of primary explants of mouse pancreatic epithelial and rat lens tissues. 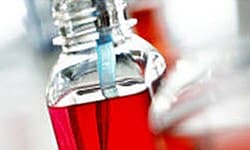