We congratulate Team NitroGENIUS on their Silver Medal at iGEM in Boston, 2014. The International Genetically Engineered Machine competition (iGEM) is the premiere undergraduate Synthetic Biology competition where teams use a kit of standard parts to build unique biological systems.

Endosymbiotic theory states that chloroplasts in plants originally came from a symbiotic relationship between prokaryotes. A certain cyanobacterium, Cyanothece sp. 51142, can photosynthesize and fix nitrogen within the same cell. Another photosynthetic cyanobacterium, Synechocystis sp. 6803, has light activated proteins. Our project is to study these nitrogen-fixing genes in a simpler environment such as E.coli and to work on a light repression system for gene expression. We want the nif cluster to be expressed when photosynthesis is not occurring, as oxygen poisons the nitrogenase enzyme.

Cyanothece sp. 51142 can photosynthesize AND fix nitrogen within the same cell through a metabolic process where nitrogen fixation only occurs when photosynthesis is not active,1 minimizing oxygen interference. Synechocystis sp. 6803 is a photosynthetic cyanobacteria that currently cannot fix nitrogen, but has been identified as a model cyanobacteria for future implementation in to the chloroplast. It has light sensitive proteins that regulate gene expression. 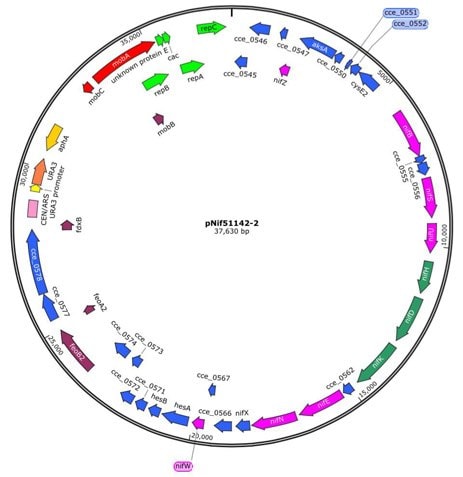 Figure 1.nif cluster of Cyanothece sp. 51142 with all necessary genes for nitrogen fixation Figure 2.Modified from [2]. Ptrc1O is a strong hybrid promoter in both E.coli and Synechocystis 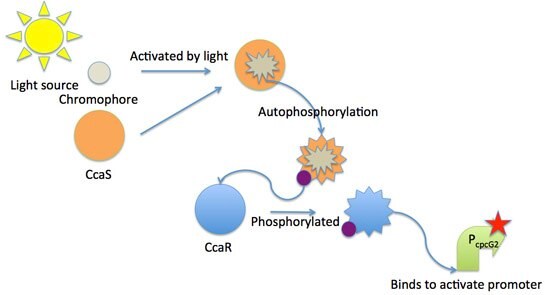 E.coli is a much simpler organism than cyanobacteria to study and manipulate: it is able to reproduce and grow rapidly, can survive in variable growth conditions, and is easier to genetically modify than cyanobacteria. Figure 4. Nitrogenase Activity of 2 strains with and without the nif cluster *EnPresso® B Growth System was used for the culture of E.coli, achieving a 22% increase in cell density over LB.

We give thanks to our funding sources, the National Science Foundation MCB and following sponsors as well: 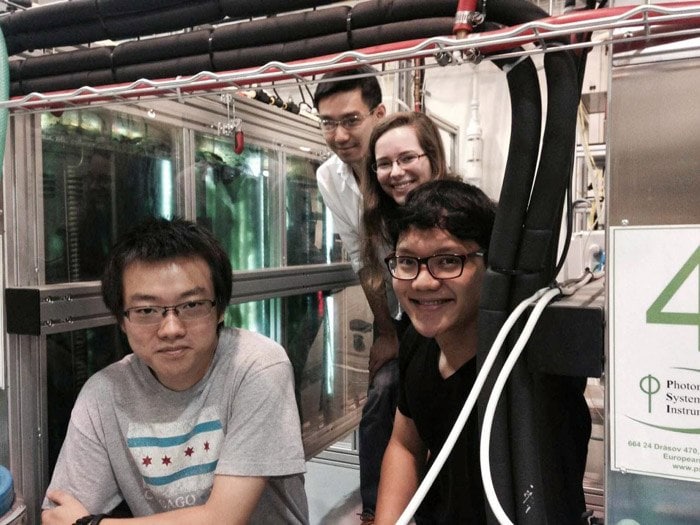