Microspheres and nanoparticles of biodegradable polymers such as PLGA, polylactic acid, and polycaprolactone have been widely used in drug delivery. Active pharmaceutical ingredients (APIs), whether small molecules or biologic compounds, may be encapsulated into microspheres and nanoparticles for specific drug delivery applications such as sustained release, targeted drug delivery, and protection of API from premature degradation. There are several drug-loaded PLGA microsphere formulations in the marketplace. For example, Lupron Depot® consists of leuprolide acetate encapsulated in PLGA microspheres and is used for the treatment of prostate cancer and endometriosis. It is subcutaneously administered at 1-month, 3-month, or 4-month intervals.

When drug-loaded PLGA microspheres are administered, the PLGA polymer starts to degrade in vivo by hydrolysis of the ester backbone into non-toxic products. As PLGA degrades, the drug molecules are gradually released from the microspheres. The drug release rate can be modulated by the selection of the type of PLGA polymer and adjusting the encapsulation process. For example, the following parameters can tune the drug release profile: 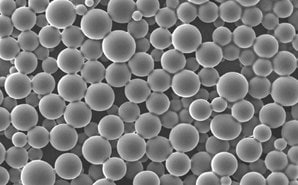 Degradex® PLGA particles may also be used as carriers in which drug molecules can be attached to the particle surface and delivered. The plain and fluorescent particles have surfaces functionalized with carboxyl groups, which allow for covalent attachment of proteins, peptides, antibodies, antigens, and small molecules. Drug conjugation to the Degradex® particles may be used to:

Handling and Use of Degradex® PLGA Particles

Degradex® microspheres are normally packaged as lyophilized powder. Common applications often require the particles to be reconstituted in an aqueous medium such as DI water or a buffer. It is important to ensure that the particles are well suspended as a single particle suspension without any aggregation before use. The following is the recommended protocol for resuspending the Degradex® particles:

1. Remove the product container from freezer and allow to warm to ambient temperature.
2. Add DI water or buffer to the container.
3. Gently mix the contents in the container to ensure that the particles are well suspended; vortex and/or sonicate if necessary.

Degradex® PLGA particles contain carboxyl groups on the surface which can be used to react with amino groups on biologic compounds to form covalent bonds. The following conjugation protocol serves as a generalized guideline for conjugating biomolecules to Degradex® PLGA particles. It is expected that optimization will be required in order to achieve desired reactivity and stability.