Glutamine Metabolism is Dysregulated in Many Cancer Cells

Proliferatively active cells require both a source of carbon and of nitrogen for the synthesis of macromolecules. Although a large proportion of tumor cells utilize aerobic glycolysis and shunt metabolites away from mitochondrial oxidative phosphorylation, many tumor cells exhibit increased mitochondrial activity. In these cells, glutamine uptake is markedly enhanced and far exceeds the metabolic requirements of the cell. Much of this glutamine is inefficiently used and secreted from the cells as lactic acid, ammonia, or alanine, a situation with many parallels to the inefficient metabolism of glucose by many cancer cells.1 Glutamine is used by the cell for both bioenergetic and biosynthetic needs. Glutamine can be used as an amino acid for protein synthesis, as a carbon source, or as the primary nitrogen donor for multiple essential biosynthetic reactions in the cell. Once taken up by the cell, much of the glutamine is converted to glutamate by mitochondrial glutaminase, an enzyme whose levels are often upregulated in tumors and tumor lines.2,3 Glutaminase is required for the proliferation of both a human B lymphoid tumor line and PC3 prostrate cancer cells, suggesting that targeting this pathway is a viable therapeutic option.4,5 Both glutamine and glutamate contribute to anabolic metabolism; glutamine supplies nitrogen for nucleotide and hexosamine synthesis while glutamate is the nitrogen donor for the synthesis of many nonessential amino acids. Glutamate can be used to support the production of NADPH or converted to the metabolic intermediates pyruvate and α-ketoglutarate.

It is now well appreciated that many of the signaling pathways that promote oncogenesis also reprogram glutamine metabolism, and in many cells the dependence on glutamine is absolute, a condition termed glutamine addiction.6 The most well characterized oncogene driving enhanced glutamine metabolism is C-Myc. Many cancers exhibit increased expression of the transcription factor MYC and MYC has been implicated in the regulation of many genes involved in energy metabolism, mitochondrial biogenesis, and cell cycle regulation.4 In a study with an inducible C-Myc transgene, C-Myc expression resulted in the induction of many key glutamine metabolic proteins including glutamine transporters and glutaminase.7

The reliance of many cells on aerobic glycolysis results in a decrease in the amount of pyruvate entering the tricarboxylic acid (TCA) cycle because metabolites upstream of pyruvate are being fed into other biosynthetic pathways and pyruvate is converted to lactic acid. Since metabolites generated during the TCA cycle are required for the synthesis of lipids, nonessential amino acids, and nucleotides, an actively dividing cell requires a mechanism for replenishing this cycle. Many cancer cells rely on glutamate anaplerosis to refill the TCA cycle. Glutamate enters the TCA cycle via its conversion to α-ketoglutarate by the actions of either transaminases or glutamante dehydrogenase.2 Malate and citrate created by the TCA cycle are then available for further biosynthetic pathways. 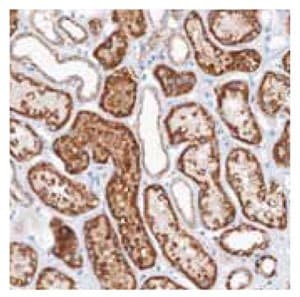 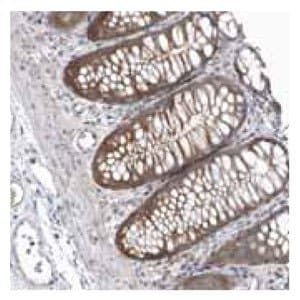