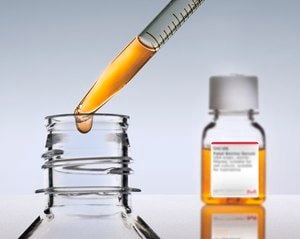 Fetal bovine serum (FBS) or fetal calf serum is the blood fraction remaining after the natural coagulation of blood. It comes from the blood drawn from a bovine fetus via a closed system of collection at the slaughterhouse. It is the most widely used serum-supplement for the in vitro cell culture of eukaryotic cells.

USDA Approved Sourcing refers to FBS produced from blood collected in countries outside of the United States that have been approved by the USDA (United States Department of Agriculture) for export of beef products into the United States. Eligible countries for export into the U.S. include Australia, Canada, Chile, Costa Rica, Honduras, Iceland, Japan, Mexico, New Zealand, Nicaragua, Uruguay. Foreign serum is tested to ensure the absence of exotic viruses before release by the USDA.

• Tested for the presence of bacteria, virus, and mycoplasma
• Triple filtered with 0.1 micron membrane under aseptic conditions

Which document(s) contains shelf-life or expiration date information for a given product?
If available for a given product, the recommended re-test date or the expiration date can be found on the Certificate of Analysis.
How do I get lot-specific information or a Certificate of Analysis?
The lot specific COA document can be found by entering the lot number above under the "Documents" section.
How do I find price and availability?
There are several ways to find pricing and availability for our products. Once you log onto our website, you will find the price and availability displayed on the product detail page. You can contact any of our Customer Sales and Service offices to receive a quote. USA customers: 1-800-325-3010 or view local office numbers.
What is the Department of Transportation shipping information for this product?
Transportation information can be found in Section 14 of the product's (M)SDS.To access the shipping information for this material, use the link on the product detail page for the product.
Does Sigma-Aldrich offer fetal bovine serum (FBS) that is antibiotic-free?
FBS can be tested for the presence of antibiotics. Products F2442, F0926, and F6178, Fetal Bovine Serumare routinely tested for Tetracycline (by far the most commonly used antibiotic in animals) and the results are reported on the lot specific Certificate of Analysis.Per the USDA, Antibiotics may be given to prevent or treat disease in cattle. A "withdrawal" period is required from the time antibiotics are administered until it is legal to slaughter the animal. This is so residues can exit the animal's system. FSIS randomly samples cattle at slaughter and tests for residues. Data from this Monitoring Plan have shown a very low percentage of residue violations.The USDA does random sampling of all cattle submitted for slaughter in USDA inspected facilities for antibiotics. The mandatory withdrawal period is 24 hours. Based on withdrawal periods required by the USDA, animal testing at slaughter and finished product testing, our serum is antibiotic free.
Once a bottle of FetalBovine Serum (FBS) is thawed, for how long can the bottle be used?
Once Fetal Bovine Serum has been thawed, the bottle can be used in cell culturefor up to 7 days for most cell types when stored refrigerated at 2-8°C. If the cells are not fastidous (e.g. HeLa or fibroblasts), the thawed and refrigerated serum can be used for up to 30 days. For some extremely fastidious cell lines, it may be necessary to screen individual lots for acceptable performance. For uses such as blocking for various immuno procedures, usage will generally be for 30 days and perhaps somewhat longer when stored at 2-8°C. For other procedures, usage beyond 30 days storage at 2-8°Cwill need to be determined.
My question is not addressed here, how can I contact Technical Service for assistance?
Ask a Scientist here.
My question is not addressed here, how can I contact Technical Service for assistance?
Ask a Scientist here.
Show more questions
Protocols & Articles

Serum is added as a supplement to culture media at a concentration of 2-10% to provide a mixture of nutritional, hormonal, growth and attachment factors. Serum also acts as a buffer to the cell cultu...
Keywords: Agriculture, Cell culture, Centrifugation, Culture media, Filtration, Nucleic acid denaturation

0.1 Seed 15k MEF per well into 96-well plate. Utilize a final volume of 200 µl of media per well. (Note: for best data interpretation always include an untransduced well that is treated with puromyci...

Cell culture has become one of the most fundamental techniques for modeling biological systems, and is of increasing importance in the biotechnology and pharmaceutical sectors as well as an essential...
Keywords: Antibiotics, Apoptosis, Cell attachment, Cell culture, Cryopreservation, Filtration, Growth factors, Pharmaceutical, Phase transitions