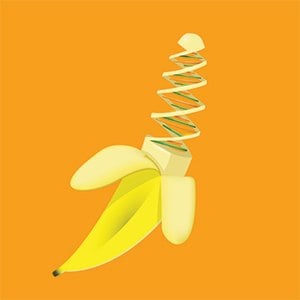 Mondelēz, Campbell’s Soup, Kellogg’s, and Nestlé have all recently announced they plan to phase out artificial ingredients (flavors, colors, etc.) in favor of natural alternatives. This industry trend is driven by consumer perception that natural is healthier and more sustainable. “All natural” is a common claim on food in the U.S. and other regions, but what does this really mean? Neither the U.S. nor Europe have regulatory definitions of what constitutes natural foods. However, both the U.S. and Europe have regulatory definitions for natural flavors. To address this labeling ambiguity, the US FDA sought comments from the public on what they feel “natural food” should mean.1 This was partially in response to petitions from consumer groups regarding natural claims on such diverse products as processed sweeteners (i.e., high fructose corn syrup) to cheese made with genetically modified clotting agents (a very common practice in the modern dairy industry).

Not surprisingly public opinion varied considerably, sometimes with little understanding of the modern food supply chain, with particular confusion distinguishing between natural and certified organic. Some public groups even proposed preventing the use of the term ”natural” for any food labeling since food sources have been modified by man since they were first domesticated. With so much consumer passion over the term “natural” it is interesting to review how the public perception has changed over time and how the flavor industry continues to evolve to meet consumers’ demands.

The earliest natural flavors were spices, and the spice trade dates to antiquity. The handling and trade in spices led to the extraction of essential oils to reduce costs in transporting spices and increase their life and potency. The ability to extract, isolate and store essential oils allowed natural flavors to be added to beverages and candies and similar flavored products. Some of the earliest flavored products were liquors, where alcohols were aged with botanicals to extract and absorb their unique flavors and aromas.

The birth of organic chemistry in the nineteenth century led to some of the first synthetic flavors. Many of these flavors were not known in nature at the time but were selected solely for their pleasant odor or taste. Methyl anthranilate, for example, was used in grape flavored products for over a decade before it was detected in grapes. As the food industry became more industrialized, however, the impact of poor food safety controls became greater. Growing public concern led the United States to pass the Pure Food and Drug Act (a precursor to the FDA) in 1906. An important impact on the budding flavor industry was the requirement to label all ingredients in processed foods, a departure from earlier regulations which focused strictly on food safety. In addition, this law required synthetic flavors to be identified as “imitation,” for example synthetic vanillin was identified as imitation vanilla. For the first time a regulatory agency made the labelling of synthetic flavors a food label requirement.

Some flavor manufactures initially supported the regulation, hoping it would help counter disreputable or poor quality flavor ingredient suppliers. Unfortunately the term “imitation” had a negative connotation and gave the impression that synthetic flavors were less pure or inferior to natural counterparts. Some of these fears proved unfounded, as consumers showed they’d readily purchase products made with synthetic flavors. Part of the public’s acceptance of synthetic flavors was a general embrace of technology. Old, dirty, industrial revolution era factories were being modernized to be cleaner and safer. Regulatory agencies were cracking down on manufacturers who misrepresented their products. Chemists were introducing new, clean vibrant colors, as well as, more consistent and potent pharmaceuticals. Taking a lead from other industries that promoted their newly engineered products as an improvement, the food industry began to promote synthetic flavors as more pure than natural counterparts.

As industrialization grew and the tools science had available to it expanded, the number of synthetic flavors exploded. New methods for identifying and isolating natural flavors could not keep pace with early twentieth century organic chemists. However, increased technologies being discovered by organic chemists also had a dark side. Some of those same scientific advancements contributed to the devastation of the World Wars. No modern event had as much impact on today’s society as the Second World War. In the aftermath of Great Depressions and World War II, a devastated world looked to processed and preserved food as a way to feed and provide for the survivors; driving the need for cost sensitive flavors. The post war years also saw rapid economic growth, industrialization, and further technological advances. People embraced science with the beginning of the space age and high technology foods with their exciting new flavors drove a rapid growth in the flavor industry.

New isolation techniques and analytical detection methods allowed for the identification of many natural flavors components. Chemically identical synthetic analogs (nature identical) were developed to control costs and improve flavor purity while avoiding the challenges associated with limited natural raw material supplies. It was also believed these nature identical flavors were inherently safe since they duplicated substances found in nature that had been consumed for centuries. New flavors also entered the marketplace as advances in biological techniques, particularly bioengineered fermentation, allowed for new flavors to be developed.

By the 1960s and 1970s, consumers began to push back against synthetic flavors. A return to nature and distrust of large industrialized processes began to creep into the public perception. Industry and political scandals, as well as pollution and enhanced environmental awareness, started to make consumers question the chemicals in their food. Public perceptions that natural was good and artificial was bad began to push the food industry to explore natural flavors once again. Not surprisingly, the incredible variety, versatility, high purity, and low cost of the synthetic flavors developed over the decades made it impossible to wholly replace synthetic flavors.

In today’s internet age the public has more access to information than ever before. This lends to mixed feelings on natural flavors. Safety studies have shown there is no known health impact to the consumer regardless of whether a product is derived from synthetic or natural sources. Public perception still embraces natural as healthier, though consumers are still unable to agree on what natural means. Modern biology and biochemistry facilities are highly technical with many natural flavors now being isolated and purified in production facilities similar to those used by synthetic flavor manufacturers. The U.S. and Canada, as well as Spain and other southern European countries, are much more comfortable with genetically modified organism (GMO) derived materials and large industrial food processes. Northern European and France are especially wary of GMOs and feel natural should preclude industrial processes as much as possible. As a result, in order to meet their peoples’ needs, the U.S., EU, China, and Japan have defined natural flavors somewhat differently (Table 1).

Will the public perception that natural is better ever change? Probably not. But, regulatory definitions likely will, as the flavor market continues to evolve to meet changing public perceptions. Figure 1.The Flavor Industry: A Brief History Overview (not to scale)

1.
10/22/2018. Use of the Term Natural on Food Labeling. [Internet]. Available from: https://www.fda.gov/food/food-labeling-nutrition/use-term-natural-food-labeling