Insulin is an approximately 6000 Da peptide hormone used to regulate the glucose concentration in blood. There are several different forms of insulin that are both natural and recombinant; the recombinant forms have been engineered to improve pharmacokinetic properties.1 A quick and reliable chromatographic technique was developed to identify and detect a mixture of insulin variants in an unknown sample. This is of utmost importance to pharmaceutical quality control (QC) labs as some formulations of insulin-containing drugs needs to include only a single, correct form of insulin for the drug to elicit its biotherapeutic effects or not to elicit an allergic response from the patient.2 Figure 3.Peak Width, Half Height Versus Flow Rate for the Six Insulin Variants 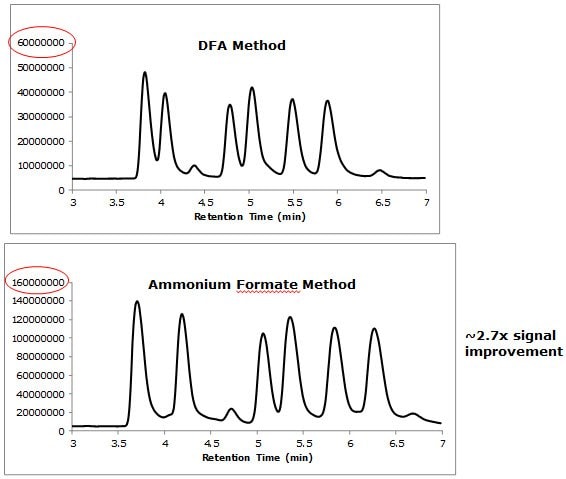