The MC-Media Pad is a convenient method for rapid routine testing of raw materials and in-process testing of finished food and beverage products for microbial contamination.

MC-Media Pad technology is based on a fabric pad placed on an adhesive support and covered with a transparent gas permeable lid. The fabric pad is a multi-layered structure composed of a water-soluble high polymer laminated with porous non-woven fabric. Dedicated formulations of culture media incorporating nutrients and selective agents are coated onto the fabric pad. The MC-Media Pad RAC promotes the growth of aerobic bacteria in red colonies. The MC-Media Pad Coliform nutrient film also contains X-Gal (5-bromo-4-chloro-3-indoxyl-βD-galactopyranoside) which is hydrolyzed by β-galactosidase in coliforms to produce blue colonies. The MC-Media Pad E. coli & Coliform, in addition to X-Gal, contains Salmoglucuronic acid (6-chloro-3-indoxyl-βD-glucuronic acid) which is hydrolyzed by β-glucuronidase in E. coli to specifically stained E. coli colonies purple. MC-Media Pad Yeast & Mold promotes the growth of yeasts and molds in red colonies.

The fabric pad has been specifically developed for the testing of 1 mL food samples. Sample solution diffuses throughout the entire pad to dissolve and release the nutrient compound forming a highly viscous solution.

The combination of the coated pad and the gas permeable lid promotes the selective or universal growth of microorganisms and enables enumeration. MC-Media Pad RAC, MC-Media Pad Coliform, MC-Media Pad E. coli & Coliform and MC-Media Pad Yeast & Mold performances have been challenged with a range of relevant food matrices either naturally or artificially contaminated with indicator organisms.

Portions of 50 g, 25 g or 25 mL of each food sample were added to a stomacher bag or blender cup. 450 mL or 225 mL of the relevant diluent (Peptone water, Butterfield’s phosphate buffer, sterile physiological saline or sodium citrate) was then added to the stomacher bag or blender cup and stomached or homogenized for 2 min. Decimal dilutions can be performed depending on the sample. Inclusivity and exclusivity tests have been performed on 48 coliform and 39 non-coliform type strains including some food isolates.1 BGLB broth was used as control. MC-Media Pad Coliform and BGLB broth were incubated 24 h at 35 °C.

All coliform strains on MC-Media Pad showed positive results with a blue-green staining of each colony. The results indicate an inclusivity rate of 100%.1

Results for all non-coliform strains were negative both in the BGLB and MC-Media Pad Coliform indicating an exclusivity rate of 100%.1 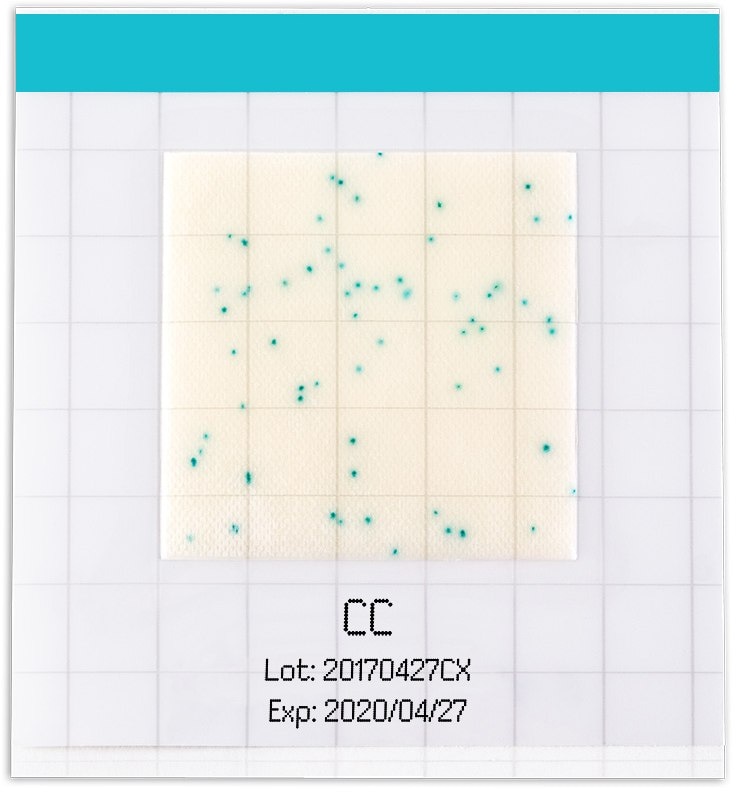 Results showed a detection of coliforms after 24 hours of incubation at 35 °C.1 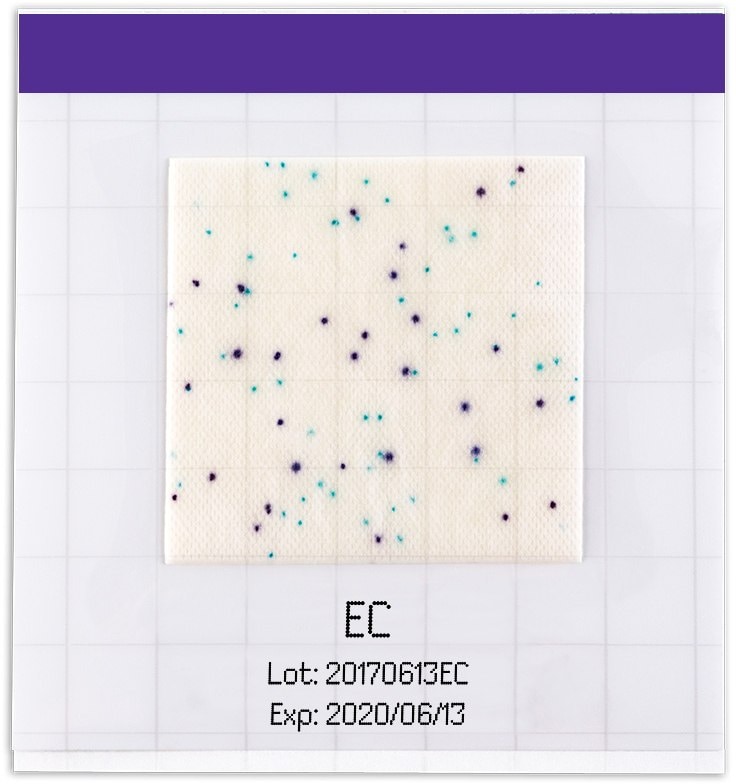 Results of all non-coliform strains were negative both in the BGLB and MC-Media Pad E. coli & Coliform except Aeromonas hydrophila, Serratia marcescens and Serratia rubidae which showed a positive result on MC-Media Pad indicating an exclusivity rate of 95.4%.2

Detection of coliforms and E. coli has been performed on 100 samples of meats and meat products.

Results showed a detection of coliforms and E. coli after 24 hours of incubation at 35 °C.

Results showed a detection of yeasts and molds after 48 to 72 hours of incubation at 25 °C.3 This application study shows that the AOAC certified MC-Media Pad RAC, MC-Media Pad Coliform, MC-Media Pad E. coli and Coliform and MC-Media Pad Yeast and Mold can be used to detect and easily enumerate indicator organism contamination in a broad range of food and beverage matrices.

Chromogenic indicators and dedicated culture media produce specific results and allow ease of interpretation. Additionally providing the benefits of a convenient media method through a well-defined inoculation area and reduction of required space for storage, incubation and waste.