Quantification of Bitter Acids in Hops by Thin Layer Chromatography

The amount of bitter acids in hops is a very important parameter for beer production. Different types of hops have different quantities of alpha and beta acids, which are responsible for the bitterness of the beer. In principle the hops are divided into aromatic hops (<10% of alpha acids) and bitter hops (>10% alpha acids).

A total of 12 samples were analyzed. Four were from different aromatic hops, four were from bitter hops, and the last four samples were the same variety of hops from different regions. All of the samples were applied on HPTLC MS-grade plates and developed with the AMD 2 procedure. After development the plates must be dried for 5 minutes. Then they can be directly scanned without any additional preparation steps. The advantage of TLC is that lots of samples can be applied on one plate, developed in one step and analyzed together, saving time.

Using HPTLC MS-grade plates and the AMD 2, it was possible to separate the alpha (Rf 0.36) and beta acids (Rf 0.65) (marked with orange lines) in hops from the other substances (Figure 1). In the next step the acids were quantified, using the International Calibration Extract.

The standard was applied with volumes between 0.5 μL and 1.6 μL. The different hop samples were applied using volumes between 0.3 μL and 1.0 μL. Details about sample preparation and chromatographic data can be found on page 3. The acid contents of the samples were calculated by means of a calibration curve (polynomial) using winCATS (Camag). Alpha and beta acid contents of the samples are shown in Table 1.

It is known that bitter hops have much more alpha acids than aromatic hops. However, it was not known whether beta acid content correlates with that of alpha acids. By comparing four of the same variety of hop of different origins, this analysis can also help to determine if the bitter acid content is region dependent. 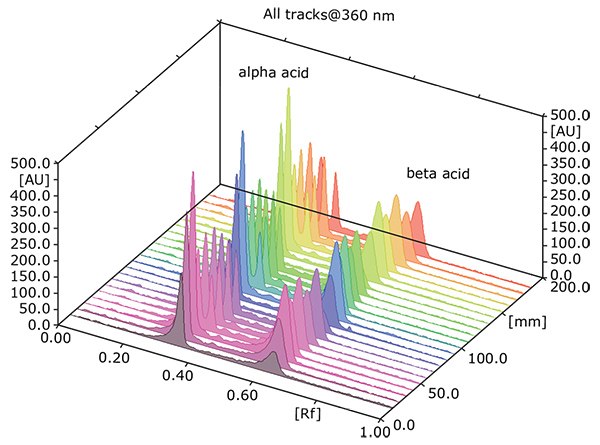 Figure 2: Scan of the aromatic hops as an example for all hop samples at 360 nm.