Technology advances have put high demands on optical material development in recent years to keep pace with improvements in electronic devices, from displays and sensors to optical elements. Nanomaterials have been of great interest in manufacturing and electronics, but many initially promising nanotechnology techniques have not been as easy to scale up and implement as broadly as expected. However, the emergence of nanocrystals has significantly benefited the commercial scalability of nanotechnology applications.

ZrO2 nanocrystals have a 5 nm core that is capped using capping agents for a final average particle size of 10 nm, as shown in Figure 1. Using 10nm scale ZrO2 nanoparticles, a combination of organic-inorganic nanocomposites can be made to produce clear dispersions and films. The combined functional and mechanical properties (Table 1) of these nanoparticles can add value in many engineering disciplines and applications. Organic polymer materials are beneficial for their low molecular weight, flexibility, and manufacturing processability; inorganic materials, such as ZrO2, are desirable for their hardness, strength, transparency, and high refractive index (RI) values, as shown in Figure 2. Organic-inorganic nanocomposites can be made to have high RI values and high transparency while also being processable in commonly used manufacturing processes, as shown in Figure 3. 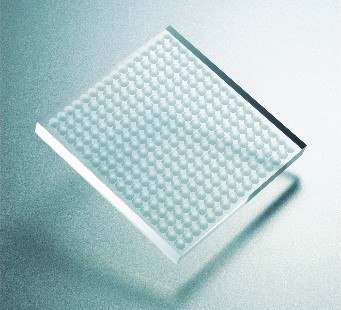 916005 and 9016269 represent ZrO2 nanocrystals that also possess a non-functional, highly dispersible capping agent with different capping chemistry than 919985 are 915491. 916005 and 9016269 are chosen by customers that are using products with low compatibility with our other nanocrystals.

When crosslinking the nanocrystals into the matrix is important to the application, we recommend the following catalog numbers of nanocrystals for testing:

Product 915750 and 915262 offer a methacrylate-functionalized nanocrystal option that is appropriate for methacrylated and acrylated material formulations. With this functionality, 915750 and 915262 can act as a crosslinker, allowing customers to reduce or potentially eliminate conventional di-, tri-, and higher functionality methacrylate and acrylate monomers in formulations. In films, the RI, mechanical properties, and degree of crosslinking can be changed by adjusting the loading of material in the formulation.

Acrylates show higher reactivities than methacrylates which may result in better incorporation into the matrix. Products 906501 and 915254 offer an acrylate-functionalized option, like 915750 and 915262, useful in methacrylated and acrylated material formulations. Products 906501 and 915254 could also prove beneficial in combination with the appropriate monomers for applications requiring lower UV energy for curing.

Products 916528 and 915505 represent ZrO2 nanocrystals with similar capping chemistry as 915750 and 915262 but with a higher surface coverage of the methacrylate functionality better higher crosslinking density as well as increased chemical resistance of the final film.