An emerging strategy in drug discovery to access difficult-to-treat diseases is targeted protein degradation. While traditional small-molecule or antibody drugs may only allow access to ~20% of the proteome, degradation techniques may open the door to the other 80%. The molecules used in these approaches are often called protein degraders (such as proteolysis-targeting chimeras, or PROTAC® molecules), which are bifunctional molecules that eliminate target proteins from cells (Figure 1).

*PROTAC® is a registered trademark of Arvinas Operations, Inc., and is used under license. 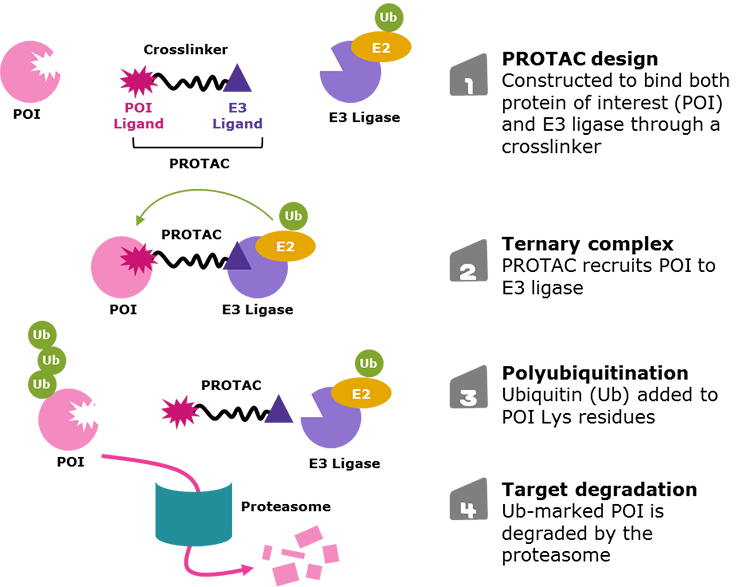 The simultaneous PROTAC binding of two proteins brings the POI in close enough proximity for polyubiquitination by the E2 enzyme associated to the E3 ligase, which flags the POI for degradation through the proteasome.

The design of small molecules for target degradation is not trivial since even slight alterations in ligands and crosslinkers can affect binding to the POI or E3 ligase or the formation of the ternary complex. Thus, many analogs are synthesized – varying each structure slightly – and screened in cells to discover the optimal PROTAC or degrader for target degradation. To streamline this synthesis, our protein degrader building blocks are a collection of crosslinker-E3 ligase ligand conjugates with a pendant functional group for covalent linkage to a target ligand (Figure 2). Furthermore, because the same functional group is present across a series, one target ligand can be conjugated to several of our protein degrader building blocks in parallel for facile library generation and subsequent screening (Figure 3).

Degrader building blocks are permutations of the following components: 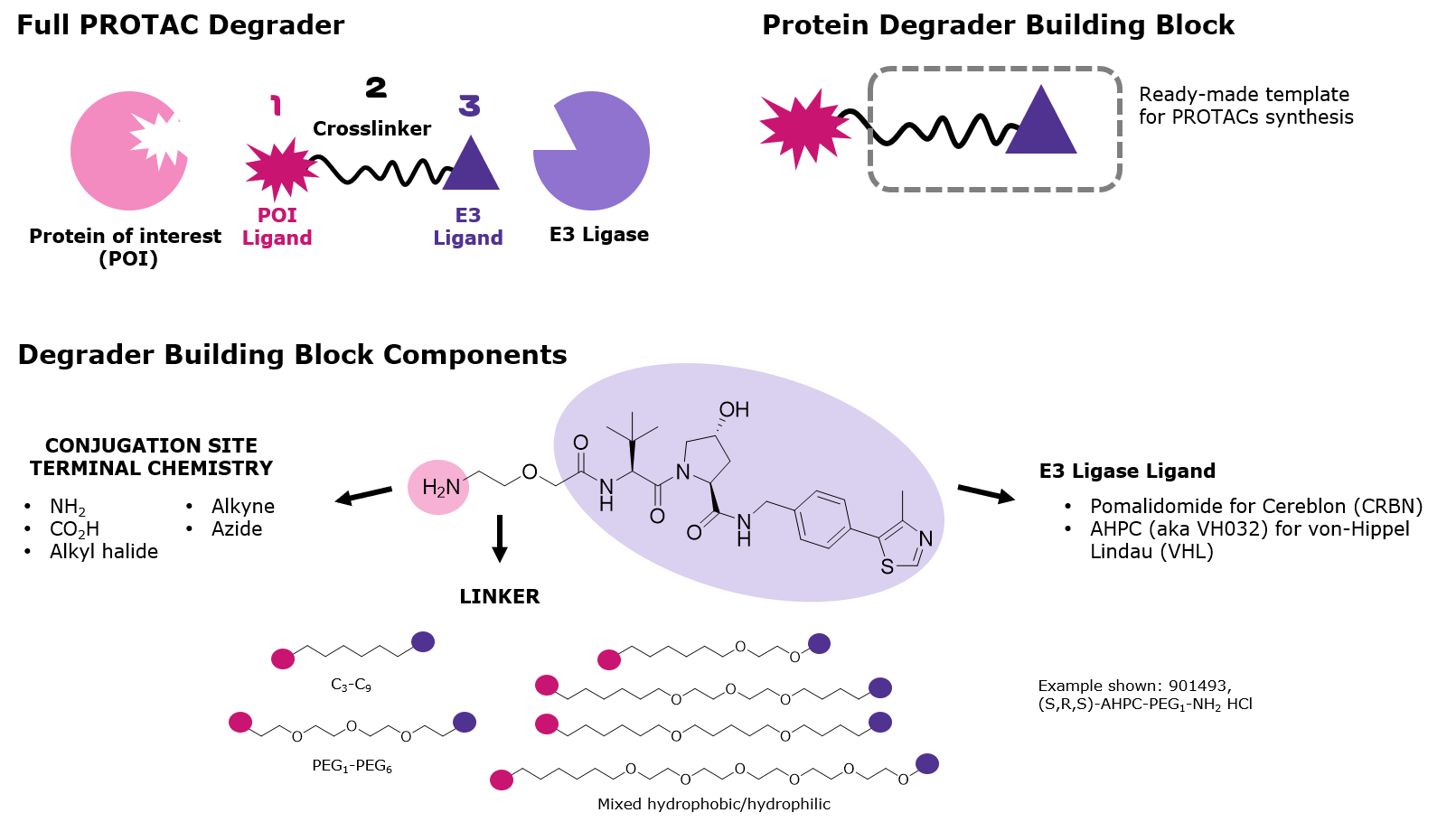 Please contact us for more information, bulk inquiries, or a full ChemDraw/sdf file of protein degrader building blocks and crosslinkers.