Polymerase chain reaction (PCR) is a common molecular biology technique that enables researchers to make multiple copies of a specific region of DNA. PCR is efficient, rapid and can amplify DNA or RNA sequences from various sources. Once the DNA has been sufficiently amplified, the resulting product can be sequenced, analyzed by gel electrophoresis, or cloned into a plasmid for experimental purposes.

How does PCR work? What are the steps of PCR?

A simple PCR reaction consists of target DNA, a set of synthetic oligonucleotide primers that flank the target DNA sequence, a thermostable DNA polymerase (usually Taq polymerase), and nucleotides. The three steps to each amplification cycle include denaturation, annealing and extension.

What are PCR primers?

Primers are single strands of nucleic acids (synthetic oligonucleotides) that are necessary to initiate the PCR. These single strands of DNA or RNA are specific and complementary to the target DNA/RNA sequence portion. During the cooling (annealing) phase of PCR, the primer binds to the target and initiates copying of the target DNA/RNA sequence. Primers are used in pairs, known as forward and reverse primers. We offer custom oligos in multiple formats.

How many copies of DNA does PCR generate?

Because the strands synthesized in one PCR cycle serve as a template in the next cycle, a million-fold increase in the amount of DNA is achieved in just 20 cycles. These cycles can be performed automatically using a thermal cycler instrument.1,2,3

Routine PCR is used to produce an amplified amount of DNA for downstream applications, including clone length verification. Our products offer a variety of options to perform routine PCR. Our ReadyMix™ PCR reaction mixes and REDTaq® dye options provide an added convenience for your amplification reaction.

Taq DNA polymerase is a specialized thermostable enzyme isolated from Thermus aquaticus, a thermophillic bacterium. Taq is the most commonly used DNA polymerase for PCR and is now expressed recombinantly in E. coli. The enzyme is capable of 5′ → 3′ polymerase and exonuclease activity; SDS-PAGE examination finds no detectable contamination associated with endonucleases or exonucleases.

REDTaq® DNA Polymerase is our unique blend of Taq DNA polymerase with an inert red dye. This blend performs as well as a clear Taq enzyme blend and does not interfere with downstream applications. Its primary function is identification – solutions are easy to keep track of in PCR tubes and gels. If necessary, the dye can be removed by standard purification methods post amplification. 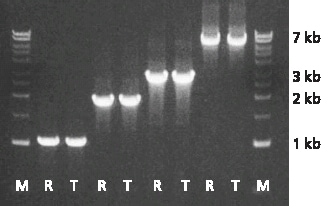 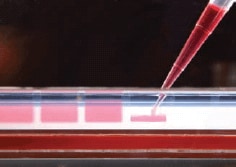 Figure 2.The REDTaq® dye migrates like a 125 bp fragment so there is no need for loading buffers and tracking dyes.

The ReadyMix™ PCR reaction mixes contain our high-quality Taq DNA polymerase, 99% pure dNTPs, and buffer in a 2X optimized reaction concentrate. This convenient product reduces pipetting and minimizes the risk of contamination by eliminating various mixing steps. Simply add template and primers to the ReadyMix™ Reaction Mix. PCR reaction mixes are formulated to address various PCR needs and can be purchased in combination with REDTaq® Dye for additional convenience.